India’s Jews come from four distinct groups: the Bene Israel, the Cochin Jews, the Sephardic Jews from Europe, and the “Baghdadis” from Iraq. The Bene Israel and Cochin Jews claim to be the longest Jewish inhabitants of India. The Jews were never discriminated against and were allowed to prosper in India.

Chicken was the most common dish for Shabbat. I call these wings "nirvana" because they could transport you to paradise. They are easy to make, messy to eat, and loads of fun - a modern interpretation of Indian cuisine.

Note : May be made in advance and reheated in the microwave or oven. Garnish with the coconut, scallion, and peanuts only after reheating and before serving. 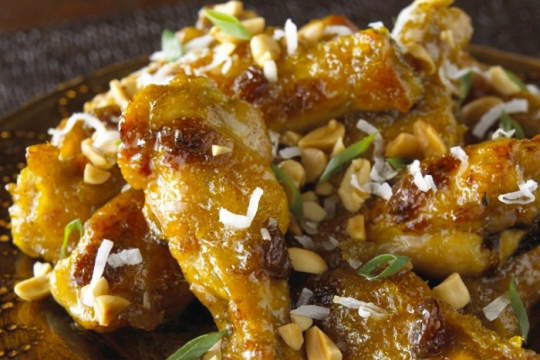