Tzimmes has its origin in medieval Germany, where it was the custom to have meat stews that contained fruit and vegetables. Perhaps the Persian and western Asian culinary habit of using fruits with meat made it up the Rhine. The sugar-beet-growing region of southwestern Poland surely influenced the addition of sugar to the recipe, and the use of sweet potatoes is only a few centuries old, since the sweet potato wasn’t introduced to Eastern Europe from America until the sixteenth century. 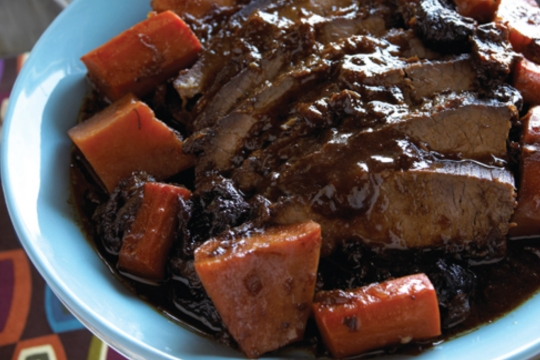