Many trials of Nazis and their collaborators were held following World War II—in the American and British-occupied zones of postwar Germany, in France (the trial of Vichy prime ministerPierre Lavel), and in Poland (the trials of concentration camp commandantsRudolf Höss and Amon Göth). Yet the first of the Nuremberg trials, in 1945, and the trial of Adolph Eichmann, in 1961, remain the best-known Holocaust trials of the 20th century. In her brilliant analysis of the Eichmann trial, Emory professor Deborah Lipstadt explains why this trial was a watershed event in the world’s perception of the genocide.

The trial made headlines, beginning with the Mossad’s capture and abduction of Eichmann from Argentina and Israel’s decision to hold the trial in Jerusalem. Portions of the trial were broadcast on television worldwide. But the reason for its impact and lasting impression was its use of survivor testimonies, which did not happen at the Nuremberg trials.

“At Nuremberg, the murder of the Jews had been an example of crimes against humanity,” she writes. “Here it would be the centerpiece.” Chief Prosecutor Gideon Hausner decided to use survivor testimonies to “paint a broad picture of the entire destruction process” in which Eichmann played a part. He immediately saw the trial’s potential to educate people about the Holocaust.

Not all of the testimony was directly related to Eichmann, as the defense counsel and even the presiding judges were quick to point out. He did not have a direct role in many aspects of the Final Solution the witnesses described. But in Hungary, where he headed an SS unit dubbed “Sonderkommado Eichmann,” he was directly responsible for the deportation of a half million Hungarian Jews to Auschwitz. Contrary to his claim of being a “little cog” who “followed orders” in a bureaucracy, he was present at the Wannsee conference, where the so-called Final Solution, the plan to annihilateEurope’s Jews, was revealed to those who would carry it out. According to transcripts of an interview he gave to a Nazi colleague in Buenos Aires—which became damning evidence in the trial—he was proud of his work and carried it out zealously.

Lipstadt devotes a chapter to Hannah Arendt’s reportage of the trial, which in its own way has become as famous as the trial itself. Arendt’s articles, written for the New Yorker and published in book form as Eichmann in Jerusalem, incensed many Jews for her scathing remarks about the lack of Jewish resistance and her claims that members of the Jewish Councils, set up by the Nazis, were essentially collaborators. Lipstadt answers Arendt’s more egregious remarks, which tended to blur the distinction between victim and perpetrator and put Jews on trial instead of Eichmann.

Ironically, some of Arendt’s criticisms mirrored those of the Israeli public at the time. “In Israel and many other places,” Lipstadt writes, “there was a persistent leitmotif when the discourse turned to Holocaust survivors: Why didn’t you resist? Why did you comply with orders? Why didn’t you revolt?” At this trial, survivors spoke about how armed resistance was nearly impossiblefor starved and demoralized people with little or no political organization. Taking the witness stand, Abba Kovner, leader of the Vilna Ghetto revolt, declared: “Rather than demean the victims, contemporary generations should recognize how ‘astonishing’ it was that there was a revolt. That is what was not rational.” With testimonies like these, the Eichmann trial transformed the status of Holocaust survivors from victims to witnesses— both within Jewish communities and throughout the world.

Most significantly, Lipstadt debunks Arendt’s depiction of Eichmann as an exemplar of “the banality of evil”—an ordinary man who unthinkingly became a killer in a totalitarian society. Citing a memoir Eichmann wrote during the trial (which the Israeli government made available to Lipstadt during her own trial in 2000, when Holocaust denier David Irving sued her for libel), she maintains that he knew perfectly well what he was doing and was deeply committed to the Nazi ideology of racial purity. Arendt’s theory is flawed, she writes, because it “ignored the bedrock of the Holocaust: the long, tortured history of anti-Semitism. Any attempt to separate anti-Semitism from the ignominious legacy of the Final Solution is to distort historical reality.” 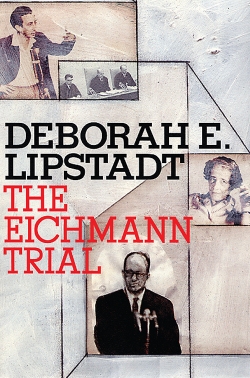