Sarah Blake’s The Guest Book (Flatiron Books) spans three generations of an old-line Protestant family, the Miltons, whose manners and way of life represent what they believe to be the established and correct way of doing things.

But things are changing.

Blake begins her story in the 1930s with Ogden Milton, third in line of his family, which founded the highly respected Milton Higginson bank in 1850, and his wife, Kitty. The story ends in the present day with their granddaughter Evie Milton, a professor of history at New York University. The author interweaves their stories, alternating the three time frames. The narratives and themes coalesce at the end of the novel, focusing on the dramatic events of one crucial night in the 1950s.

The Miltons’ behavior is rooted in the comfortable past, in traditions where politeness rules at all times and upsetting topics are not brought up or discussed. “Never stir things up” is the motto of the Milton women. Their role is to keep things running smoothly and graciously, their silence mirroring that of medieval Anchoresses, women who were walled up inside monasteries and devoted their isolated lives to prayer. (Evie lectures to her students about Anchoresses at the beginning of the novel.)

This way of life is symbolized by Crockett’s Island in Maine, which Ogden purchased for Kitty to “bring her back” from mourning the death of their toddler son.  The extended family summers on the island every year and entertains friends there. It is the one place where the Miltons feel they truly can be themselves and be assured of their importance.

A second symbol is the guest book in the island’s main house, where visitors record their names and date of arrival. The book is a means of ensuring that posterity will recognize that the signatories were all part of the ruling elite, the bedrock of American civilization.

But as others reap the rewards of the American dream, the ruling class feels its dominance diminishing.

Ogden has hired Higgerson Bank’s first Jew, Len Levy, who is secretly having an affair with Ogden’s daughter, Joan. The Miltons and their ilk are not overtly anti-Semitic; it’s just that they see Jews as waving their arms too much, speaking too loudly, and prone to stirring things up. As Joan’s sister declares when she discovers Joan is in love with Levy, “It can’t work… You don’t marry a Jew.”

In another first, Levy and his black Harvard classmate appear on Crockett’s Island to attend an important family party. They were invited by Moss, the Miltons’ rebellious son, who has no qualms about society’s upcoming changes. The otherwise unwelcome Levy even signs the guest book, symbolically laying claim to a seat at the table of the ruling establishment.

What happens at the party that day will determine the futures of some Milton family members.

The conflict between the comfortable past and the rapidly changing future – a foreshadowing of today’s struggle between “the good old days” of white male power and mushrooming inclusiveness and multiculturalism – crystallizes in the third-generation woman, Evie.  She and her four cousins can no longer afford to keep the island, but selling will bring an end to the family’s special place in society – which they assumed would go on forever.

Evie is conflicted. She doesn’t feel part of the family or the island, yet she yearns for continuity. This conflict is reflected in her difficult relationship with her mother, Joan.

Another theme of the novel is the destructive power of secrets.  Kitty feels guilty about her son’s death, for which she believes she was responsible, and for refusing to harbor a Jewish child when asked by a German Nazi resister visiting the island. The boy died in the Holocaust – and Ogden Milton had extensive dealings with Nazis in the early 1930s.

Because Evie is a professional historian, she asks questions reflected in the saga of this one family: What are the hidden motives, hidden secrets? What do we remember, and what do we choose to forget?

Though this novel’s complex structure and writing style require patience and commitment on the part of the reader, its interweaving of the three generations and time frames casts a sort of spell, gradually ensnaring us into a rich and compelling story. 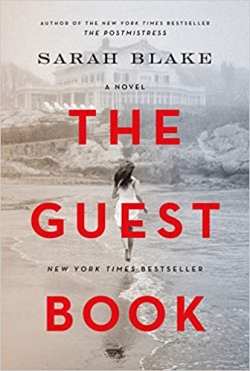