Book Review: How God Works: The Science Behind the Benefits of Religion

In How God Works: The Science Behind the Benefits of Religion (Simon & Schuster), Northeastern University Psychology professor David DeSteno asserts that even skeptics, not just believers, can draw strength and comfort from religion in their personal lives. "Science and religion," he writes, "have often been at odds. But if we remove the theology -- views about the nature of God, the creation of the universe, and the like -- from the day-to-day practice of religious faith, the animosity in the debate evaporates."

Throughout his well-researched book, DeSteno demonstrates how psychological insights on well-being align with religious practices across faith communities. He believes that in combination, these disciplines can provide believers and non-believers with a toolbox for coping with the vicissitudes of human existence.

Like many before him, DeSteno describes how religious life-cycle events, prayers, rituals, and liturgies anchored to the concepts of virtue, empathy, compassion and gratitude can provide a healthy rootedness in one's life.

So far so good.

But near the conclusion of How God Works, DeSteno essentially endorses the creation of "new faiths" built on the worshipping of a "Godhead based on artificial intelligence." He says that we have "enough power to collect and analyze [and] create a 'divine'" [from] "…infinite bits of information via the internet about the consequences of people's actions… That knowledge would enable the AI deity to offer guidance about how to live and behave. At some point AI will assume control of society…best to shape the nature of that AI so that it'll be beneficial…AI-based religions are likely a harbinger of things to come."

DeSteno believes that religious practice is in a transitional phase, balanced between the traditional religions and the creation of numerous utopian "new religions" based largely on artificial intelligence, complete with a series of new rituals and liturgies linked to an omnipresent and omniscient Internet Godhead - all available with a single keyboard click.

Is this "how God works?" According to DeSteno, the answer is a resounding "Yes!" DeSteno sees religious practice as being in a transitional phase, precariously balanced.

Are we as ready to accept an AI deity offering "guidance about how to live and behave?" If so, who collects and analyzes the data necessary to create an AI "divine godhead?" And, above all, who will control an AI digital deity? In the immortal words of Hollywood film producer Samuel Goldwyn: "Include me out" of such a new religion.

I much prefer to continue my life-long grappling with the invisible God of Israel who has blessed, perplexed, and angered me all the years of my life.

DeSteno insists that any new religion "…has to work psychologically. It has to provide meaning. It has to move you. It has to feel right. Without that, it's not much different from a club." My major concern is that creators of false gods, such as those peddling consumerism or political opportunism, are amazingly adept at psychological manipulation -- all the more so when supplied with the technological expertise now at their disposal.

The author concludes by warning leaders of traditional religions not to be complacent, to "adapt their practices and rituals to the needs of the people." If they do not, Silicon Valley may very well become the new Mount Sinai.

Fortunately, Judaism has a long history of recognizing false messiahs. 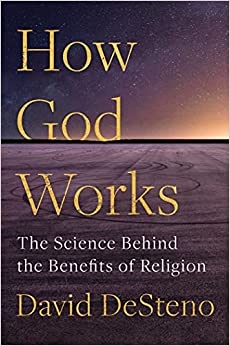