Book Review: In Ishmael’s House: A History of Jews in Muslim Lands

How did Jews and Muslims interact in lands under Muslim rule, from Afghanistan to Morocco? Historian and Churchill biographer Sir Martin Gilbert answers this question with a definite point of view—always referring back to the legal status of Jews as dhimmis , an officially tolerated minority under Islamic law. “The dhimmi laws made room for both persecution and protection,” he writes. “Their effect was decided by the temperament, religious zeal, and personal caprice of Muslim rulers.”

It is often assumed that Jews fared better in Muslim than in Christian lands, but Gilbert reminds us that the “Golden Age” in Muslim Spain ended with the massacre of the Jews of Granada in 1066, and a century later, Maimonides had to flee from Cordova (Spain), to Fez (Morocco), and again to Egypt before finding security as physician to the Sultan. During the Inquisition, Jews fleeing Christian Spain were welcomed in the expanding Ottoman Empire, where many Jews prospered and made significant contributions to their adopted homes. Still, Gilbert notes, they built their lives on shaky ground because of the dhimmi status.

Dhimmi laws—which originated with Mohammed’s subjugation of the Jews in the Arabian Peninsula and became part of Sharia (Islamic) law—allowed Jews to practice their religion, but also sanctioned their humiliation vis-à-vis Muslims in daily life. One example is the jizya, a poll tax levied on the Jews, which the Koran states had to be “exacted from him directly in order to vilify and humiliate him, so that Islam and its people may be exalted and the race of infidels brought low.” This anti-Jewish bias, Gilbert asserts, influenced popular attitudes even where dhimmi status was abolished, starting in the late 19th century, in the Ottoman Empire, Egypt, and Persia.

Moving into modern times, Gilbert surveys developments in Arab countries against the backdrop of world events, as he explores the best of times (the prosperity of Jews in Egypt from the turn of the century through the 1930s) and the worst of times (the Farhud, the pogrom against the Jews of Baghdad in June 1941, which convinced many Iraqi Jews that their future was in doubt).

Levels of violence against Jews—in every Muslim land—increased with the formation of the Arab League in 1945, the U.N. partition of Palestine in 1947, and Israel’s declaration of statehood a year later. As Gilbert notes, 850,000 Jews were forced to flee their homes in Morocco, Algeria, Libya, Egypt, Yemen, Lebanon, Syria, Iraq, and Iran; 580,000 of them found their way to Israel. “The Jews living in Muslim lands in 1948 might have hesitated to make their way to a land at war…but they did not hesitate,” he writes. “They knew what their situation would be if they remained where they were.”

Gilbert brings this 1,400-year history up to contemporary times with the rescue of the remaining 3,886 Jews of Syria in 1992. With 20 maps by the author, this book will take its place as a classic on the subject. 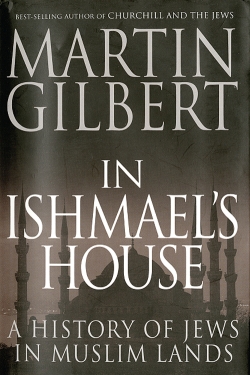