Book Review: The Rise and Fall of Adam and Eve

According to the Bible, God created Adam and Eve in the Garden of Eden, where they could eat freely from all but one of the trees. Entranced by a serpent, Eve disobeyed the divine prohibition to eat from the forbidden fruit and Adam soon followed. Their lives – and ours – were changed forever. Adam and Eve experienced shame for the first time, were expelled from the garden, forced to toil and suffer pain, and denied mortality.

This story has inspired a great literary legacy, continuing with The Rise and Fall of Adam and Eve, a new book by Pulitzer-winning author and Harvard Professor of Humanities, Stephen Greenblatt.

I sat down with Professor Greenblatt to talk about our fascination with this short but enduring biblical story.

This book seems very different from your earlier works. What did you find so captivating about this biblical story?

I have always been interested in the power of stories, especially those that have resonated with millions of people over extended periods of time, stories that have become real for so many people. I have long been fascinated by this origins story that is shared by Judaism, Christianity, and Islam, but came to be viewed so differently by the three faiths.

What questions do you think the story tries to answer?

Hebrew Scriptures seems to be offering a powerful way to understand a fundamental set of questions about the way we humans live: Why do we have to work so hard? Why are women oppressed by men? Why do they continue to desire men who oppress them? Given that childbirth is necessary for procreation, why is it so painful? Why, in the end, do we return to the dust? While the story, as told in the Tanach (the Hebrew Bible), does not suggest Adam and Eve sinned, it does seem to suggest that the earliest human beings bear some responsibility for the way things are.

What do you make of God’s role in this origins story?

An all-powerful God could have created a world in which all these difficulties did not exist. Polytheism did not have to ask this question – the various gods could be responsible for all the good and all the evil human beings confront. But, this becomes a serious problem if there is a single God. And so, free will enters the picture as the root cause for some of the difficulties we face. The story insists on free choice. And yet, the story is subtle and complicated in this regard. What is the serpent’s role in the story? What does it mean that the very thing that Adam and Eve were prohibited from acquiring is knowledge of good and evil (or bad), and yet they would need to know the difference to observe the prohibition.

You say in the book that though you rejected the literal meaning of the story at an early age, you want to cling to “the peculiar satisfaction that the ancient story provides.” What is that satisfaction?

I have come to understand that the way we behave as a species is responsible for some of the miseries with which we live. An example is the extent to which human activities affect climate change. Before the Enlightenment, there was a clear sense that climate was a reward or punishment for human actions. The ancient stories suggest that while it is true that there are miseries in the world that are beyond our control, there is a sense that humans share some responsibility. That is tremendously important to me.

There is something else. I love the person I live with. The ancient story is remarkable in capturing that extraordinary outburst from the first human: zot – this is the one I want. There is nothing like this primal feeling anywhere else. This combination of friendship and profound love seems to me to be a gift from the ancient story.

Why does this story still resonate for liberal Jews who have rejected its being of divine origin?

First, it is an amazingly good story. There is something astonishing about the way it telegraphs a very complex set of life experiences. One finds in the story the idea that as a Jew you are also a human being. Imagine what the Tanach would be like if it began with Abraham and not with creation, if it began with the origin of Jews and not with the origin of humans, with whom we participate in some larger human fate. And for modern people in general, it is important to be reminded of the relationship between ourselves and everyone else in the world.

This ancient story got that. Isn’t that remarkable? 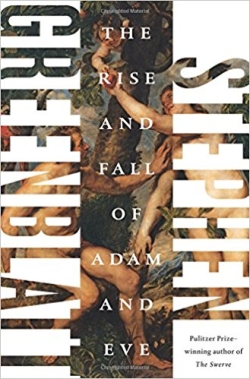