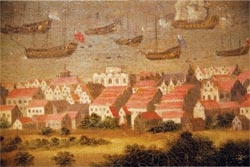 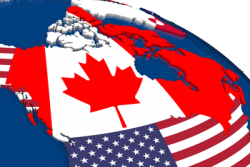 Does Canadian Jewry have a unique character as opposed to American Jewry?
Image 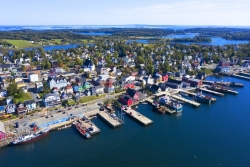 Nova Scotia has much to offer the Jewish traveler. Our weeklong journey began in the port city of Halifax, known as the gateway to Canada—where, from 1928 to 1971, more than one million immigrants entered the country.
Last June, we returned to the enchanting city where, almost 30 years ago, we stood together under an outdoor chuppah. Our sightseeing began at Vancouver's renovated international airport, which features Bill Reid's native Indian sculpture, "The Spirit of Haida Gwaii," a nearly 20-foot-long canoe filled to overflowing with anthropomorphic characters of Haida mythology - the Raven, the Eagle, the Grizzly, the Mouse Woman, and the Dogfish Woman, among others. Many of Reid's carvings, a collection of vintage totem poles, and other native masterpieces can be found only minutes from the airport at the University of British Columbia's Anthropology Museum.
Image 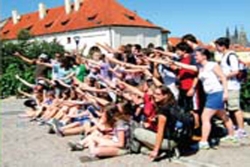 This past summer I served as a chaperone for the North American Federation of Temple Youth (NFTY)'s Dor L'Dor ("generation to generation") program, which in 2011 brought 378 high school students to Europe for a week followed by a five-week adventure in Israel.
Image 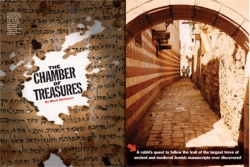 In December 1896, Rabbi Solomon Schechter stepped into the attic of the Ben Ezra Synagogue in Cairo, Egypt-and found the largest treasure trove of ancient and medieval manuscripts ever discovered: hundreds of thousands of documents, many more than 1,000 years old.
Image 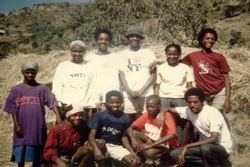 The organized Reform Jewish Movement has a long history of efforts to assist the Jews of Ethiopia, with resolutions going back to 1935. Person-to-person contact began in 1984, when Glenn Stein and Rusty Franks, both NFTY regional directors (from SWFTY and CAFTY respectively), traveled to Ethiopia to deliver prayer books, Jewish calendars, and shofars. Acting in coordination with Israeli officials, they provided money to Jews who were willing to risk the long and dangerous trek to the Sudan, the staging area for what would become Operation Moses, the airlifting of some 10,000 Ethiopian Jews to Israel from November 1984 to January 1985.
Image 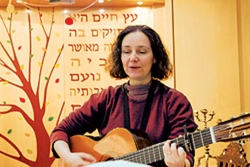 Liberal Judaism in France, which just marked its 100th anniversary, is more vibrant than ever before. France's 14 synagogues are all full for Shabbat services, rent large concert halls to accommodate High Holiday demand, and have such popular religious schools that families have to wait in long lines to sign up.
The Holocaust horror stories my parents told me as a young child forced me to shoulder a heavy emotional load. First I contemplated revenge against the Nazis. Later I tried escape into normalcy by blotting out painful memories. As the years passed, I discovered that going to the places where these terrible events occurred eased the psychic burden.
Image 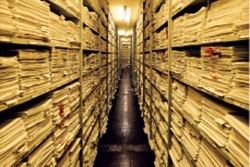 In 1998, shortly after joining the staff of the United States Holocaust Memorial Museum, I was invited to a meeting with the director of the International Tracing Service (ITS). The director had come to Washington in hopes of copying some archival collections I had helped the Museum acquire. When he was asked about access to ITS's massive and secretive Holocaust-era collections, he reported that the International Commission of ITS had decided in principle to open the ITS archives-but not for three to five years, the estimated time required to make digital copies of the millions of documents in its possession. The director declined further discussion.