Displaying 1 - 10 of 14
The Death in Custody Reporting Act of 2013 (H.R. 1447) is crucial legislation that will provide much-needed transparency in the criminal justice system. The law would require and facilitate the collection of information regarding the deaths of prisoners in custody, alleviating the environment of suspicion, concern and mistrust that exists today in many racial and ethnic minority communities from coast to coast. In December, 2013, the U.S. House of Representatives unanimously passed the Death in Custody Reporting Act.  The Senate must now introduce and pass a companion to H.R. 1447 before adjourning for the year so that the President can sign it into law.

Urge your Senators to introduce and pass this important legislation. Take action now! 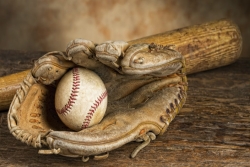 The start of baseball season reminds me that as a young boy in Southern California in 1965, I thought only one thing when I heard the word “hero”: Sandy Koufax.

Literally, “master of t’kiah,” meaning “one who sounds the shofar.”

Literally, “between a person and their fellow.” Refers to ethical, moral, or social mitzvot that govern relationships between and among people.

A Hebrew term for “sin.” Cheit is a Hebrew archery term meaning “missing the mark.” A section of High Holiday liturgy is the Al Cheit, a confession of ways in which we “missed the mark” during the past year.

Literally, “blast” or “blowing of a horn;” it is a note of the shofar call.

Video: How to Blow the Shofar
Hebrew Spelling
תְּקִיעָה גָּדוֹלָה

Literally the “great” t’kiah, this is the longest, deepest call of the shofar heard as the final shofar blast on Rosh HaShanah and Yom Kippur.

The Sound of Shofar: Leading Us to Revelation and Freedom
Hebrew Spelling
תְּרוּעָה

Literally, “shout;” one of the shofar blasts. It is composed of a series of nine short blasts.

Why I'm Wishing My Fellow Jews a "Happy Yom Kippur"