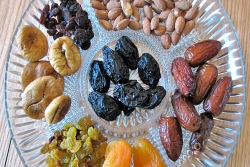 Tu BiShvat (Hebrew for the 15th day of the Hebrew month of Shvat) is the new year of the trees. 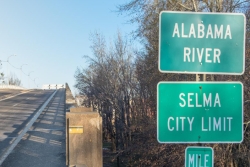 Jews in the United States have a long and proud history of advocating on the behalf of others. Our own history has taught us about the importance of respecting the fundamental rights of all people. 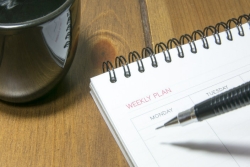 Genesis, Chapter 1 provides the basis for the Jewish week and the understanding of its days. 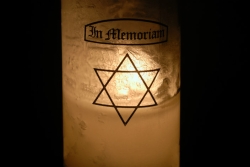 Guardian of life, liberty, and the promise of peace, may our nation always merit Your protection.

In response to the passing last weekend of Prime Minister Ariel Sharon, Rabbi Rick Jacobs, president of the Union for Reform Judaism, released the following statement:

Today, we mourn the death of Prime Minister Ariel Sharon, an iconic leader whose love for Israel and the Jewish people infused his entire illustrious career. He was a visionary, larger than life, with the courage to constantly assess his stated positions, always with an eye toward pragmatism and concern for his beloved Israel. 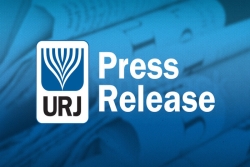 The Union for Reform Judaism North American Board this week overwhelmingly adopted new resolutions on Paid Family Leave, Mandatory Immunizations and Predatory Lending. The resolutions’ adoption concludes a consultative and inclusive process that began before the recent Biennial assembly held in November 2015 in Orlando, FL. The resolutions add to the canon of hundreds of URJ resolutions adopted over more than a century and which outline the URJ’s values and priorities.

In response to attacks against human rights NGOs in Israel, including the advancement of a “Transparency Bill” in the Knesset, Rabbi Rick Jacobs, President of the Union for Reform Judaism (URJ), issued the following statement.

Rabbi Rick Jacobs, President of the Union for Reform Judaism (URJ) issued the following statement in response to the announcement that the P5+1 have fully implemented the Iran nuclear deal, the Joint Comprehensive Plan of Action.

Years of Organized Efforts Yield Significant Victory for Reform Jews, Women of the Wall: New Area to be Under Non-Orthodox Oversight
In the most significant development in the nearly generation-long campaign by Women of the Wall and their allies for religious equality at the Western Wall in Jerusalem, the Israeli government today approved the creation of an enhanced egalitarian prayer space at the Wall, which, for the first time, will be under the authority of non-Orthodox leadership.