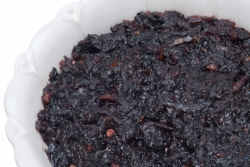 This is my favorite charoset. 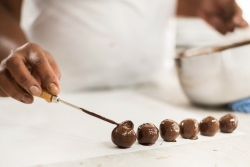 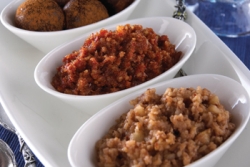 In America, there are many regional variations of Ashkenazi charoset recipe for Passover. 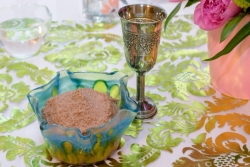 This charoset is quick and easy, and the combination of dates and walnuts is especially good. 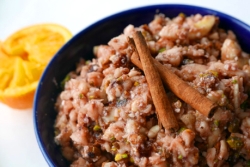 This recipe is an adaptation of the California-influenced Israeli charoset of the well-known kosher cooking instructor and cookbook author Judy Zeidler. This recipe truly tells a story since the ingredients are an amalgam of both Ashkenazic and Sephardic culinary traditions. Flavorful, intriguing, and a big hit at the seder. 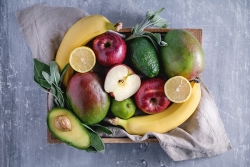 Have you tried avocadoes, bananas, ginger, chocolate or cayenne pepper in charoset? How well does traditional apples-nuts-wine charoset stand up to her cousins? Have an international Jewish taste test and discover your favorites 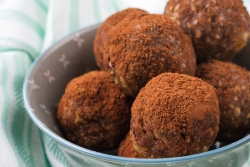 This recipe comes from Rita Sasso, a Panamanian whose roots go back to Spain via Amsterdam and Curaçao, which had a significant Jewish population in the seventeenth and eighteenth centuries. Rita and I became pen pals when I published a recipe in my Reform Judaism magazine column that was given to me by a friend in Mexico. She recognized the recipe as her own. We have shared recipes ever since, and here is one she gave me with her permission to publish.