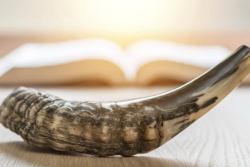 Learn how you and your family can pursue social justice during the Jewish high holidays.
By
Rabbi Richard S. Sarason, Ph.D. 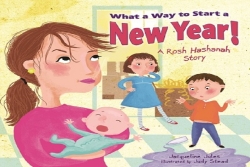 Dina and her family move to a new city right before Rosh HaShanah. The move brings about a set of problems — the family car breaks down, the new house is a mess and filled with unpacked boxes, and Dina’s parents aren’t able to prepare a festive holiday dinner. When the family goes to the local synagogue to celebrate Rosh HaShanah, Dina doesn’t recognize anyone and feels left out. However, the family then receives help from an unexpected source!
Image 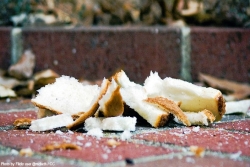 My husband and I experimented with a CSA (community-supported agriculture) this year for the first time. It was like getting a surprise box every week. In our second CSA, we pulled out something we’d never seen before.

As we begin the new Jewish year, these Yamim Noraim (Days of Awe) are a time for us to reflect on the year that was and renew our commitments to tzedakah (justice) and tikkun olam (repairing the world). We also mark these days by heading to our synagogues to pray as a community, which is why it was even more disheartening to hear about a possible hate crime at a synagogue in Baltimore over Rosh Hashanah. According to reports, a man yelled out in front of a synagogue and shot a BB gun in the vicinity of the building.
Image 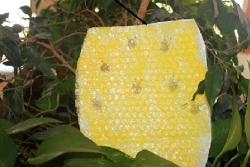 The texture of bubble wrap is the perfect way to recreate a beehive! This craft is a great way to bring the sweetness of the holiday home (without any pesky bees).
Image 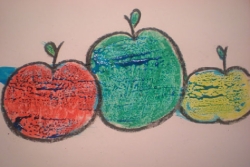 A little bit of effort pays off with these painted and colored apples
Yesterday I was one of over 310,000 people to march across Manhattan the weekend before the UN Climate Summit with the People’s Climate March. Together, we asked our leaders both domestically and internationally to support a strong, global commitment to curbing greenhouse gas emissions and protecting the most vulnerable communities worldwide from the devastating effects of climate change. The march included a broad swath of people from environmental, labor, scientific and faith communities. In the hours leading up to the March, Reform Jews stood side by side with Catholics, Muslims, Protestants, Unitarians, Southern Baptists, seekers and pagans for an interfaith prayer service. On a stage propped up in front of an inflatable mosque and an interfaith arc, we watched Rabbi Arthur Waskow give a benediction, Josh Nelson and Neshama Carlebach lead a niggun, monks, preachers, imams and priests all provide blessing in their traditions for the march, the UN Summit leaders, and the earth.
Anti-Gun Violence Activities & Coalition Temple Beth El 5101 Providence Road Charlotte, North Carolina 28226 704-366-1948 Temple Beth El's website e-mail Temple Beth El Some Social Action programs are devoted to hands-on projects of direct assistance.
Image 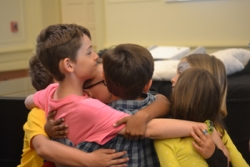 Learn how you and your family can pursue social justice during the Jewish high holidays.