Feldman: Americans of all sexual orientations should be allowed the rights, privileges, joys and responsibilities of marriage.

After decades of fighting for the rights of same-sex couples to marry, supporters of marriage equality experienced an amazing summer, full of numerous victories in courts throughout the country. Since the beginning of June 2014, the one year anniversary of United States v. Windsor, courts ruled or upheld rulings that same-sex couples have a right to marry and that marriages performed in other states must be recognized in the following states: Colorado (state and federal courts), Florida (federal court), Indiana (federal & Seventh Circuit courts), Oklahoma (Tenth Circuit Court), Utah (Tenth Circuit), and Wisconsin (federal & Seventh Circuit courts). In a separate court case than the one mentioned above before the federal and Seventh Circuit, a federal court also ruled that marriages performed in other states must be recognized in Indiana.

Pelavin: As we welcome the Jewish New Year, we are hopeful that this decision marks the beginning of a year where we will see dreams of equality and acceptance realized throughout our nation.

Gov. Paterson's announcement is a significant and welcome recognition of gay, lesbian, bisexual and transgender individuals' right to share in the personal and legal privileges of civil marriage afforded heterosexual Americans. 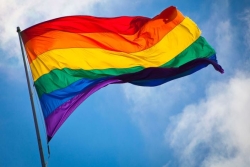 Pelavin & Henkin: "As we teach our children, all individuals are created b'tselem elohim, in the image of the Divine; today's ruling reflects that concept of inherent equality."

Saperstein: “Despite numerous triumphs, we cannot overstate our disappointment in the passage of several ballot measures that will restrict civil rights.”