Displaying 1 - 4 of 4
“DOMA’s principal effect is to identify a subset of state-sanctioned marriages and make them unequal…for it tells those couples, and all the world, that their otherwise valid marriages are unworthy of federal recognition.” – Justice Robert Kennedy, Majority Opinion in U.S. v. Windsor On June 26, 2013, the U.S. Supreme Court ruled in this landmark case, declaring Section 3 of the Defense of Marriage Act – which defined a spouse as someone of the opposite sex and marriage as a union between one man and one woman – unconstitutional. Following this decision, there was a surge in the fight for marriage equality all over the country.  There are currently 19 states along with the District of Columbia that have removed bans on same-sex marriage.  Recently, states have been overturning bans on same-sex marriage every other week.  It seems that the movement for marriage equality and LGBT rights is at its highest and most successful point.  But it’s not.
Image 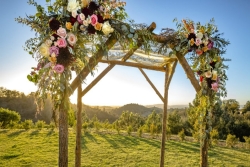 Breaking a glass is a ritual frequently performed at Jewish weddings. Check out these other practices and customs you may see the next time you’re at a Jewish wedding.
As the only thriving democracy in the Middle East, Israel is a beacon of light in a region often filled with despair. And yet, despite its democratic nature, when it comes to religious pluralism, Israel has a long way to go. In 1947, Israel adopted the Ottoman Millet system, formerly in place under the British Mandate, which allowed for religious groups within Israel to establish their own legal systems governing personal status laws (marriage, divorce, alimony, etc.) The URJ notes that there are presently 13 recognized religions in Israel, including Judaism, Islam, Druze, and several Christian denominations. Within the Jewish tradition, however, only Orthodox Judaism is recognized by the state under the Ministry of Religious Affairs. All other Jewish denominations, including Reform and Conservative, function under the Ministry of Culture and Sports.
Image 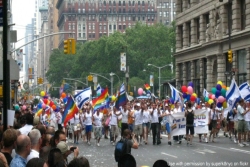 We often think about the cycle of the year-the change of the air in the fall, or the blossoming of new life in the spring-and we see a circle.