On Monday, Saks Fifth Avenue backtracked on its claim that they had the right to discriminate against employees for being transgender. Earlier this month, Leyth Jamal, a transgender woman who had worked at Saks Fifth Avenue, filed a lawsuit against her former employer for fostering a hostile work environment which culminated in her firing. Saks Fifth Avenue originally filed a motion to dismiss the case, claiming that trans identities are not protected under Title VII of the Civil Rights Act, which prohibits sex discrimination (not discrimination based on sexual orientation). Although Saks Fifth Avenue withdrew this motion, the discrimination that Jamal faces, as well as the continuous fight on the state level against anti-LGBT legislation, illustrate the urgent need for comprehensive LGBT non-discrimination legislation.
Last month, I wrote about the importance of ensuring that our advocacy is trans inclusive, however, trans individuals are not the only people who are commonly erased in larger conversations about LGBT rights. Often times, the ‘B’ in LGBT is also overlooked, leading to the erasure and, at times, even rejection of bisexual identities. 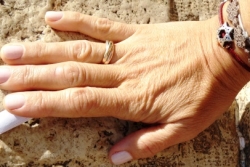 I was born into a Catholic family and given a Catholic education, but for as long as I can remember, Judaism has always fascinated me. 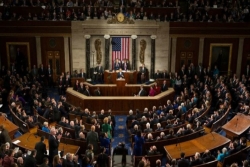 As the new director of the Religious Action Center of Reform Judaism, I watched President Obama’s State of the Union speech with fresh eyes, looking for areas where we can work with the president and Congress in the coming year to advance our Reform Movement's soc

"For more than half a century, the RAC has been a leading voice in Washington, D.C. for social justice. Some of the great advances in civil rights were literally written at our table. Jonah will carry that legacy forward with great distinction starting today. The issues our world faces are far too critical for us to lose any momentum during this transition. From day one, Jonah will be a powerful voice as he leads our work on economic inequality, climate change, U.S./Israel relations, healthcare reform, and more."