Displaying 1 - 10 of 117
By a two-to-one vote, a three-judge panel of the United States Court of Appeals for the Sixth Circuit upheld the right of states to ban same-sex marriages yesterday , overturning rulings in Kentucky, Michigan, Ohio and Tennessee. Going forward, the challengers in the cases can either ask the full Sixth Circuit bench to reconsider their cases (en banc) or appeal directly to the Supreme Court.
Image 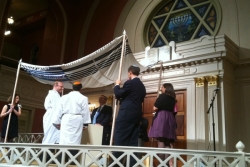 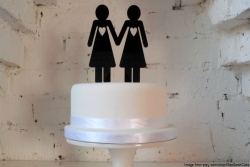 We got married on a Wednesday. 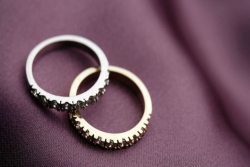 Same-sex couples still cannot get married in Israel, but victories like these are welcome steps in the right direction. With this year's Jerusalem Pride less than a month away, we have good reason to celebrate.

Over the past couple of years, the number of states that have marriage equality have more than doubled, thanks largely in part to court cases. On April 28, the Supreme Court  hear oral arguments on four combined cases relating to marriage equality and could potentially establish marriage equality as the law of the land in all 50 states. The joint suit is known by one of the cases, Obergefell v. Hodges.
“DOMA’s principal effect is to identify a subset of state-sanctioned marriages and make them unequal…for it tells those couples, and all the world, that their otherwise valid marriages are unworthy of federal recognition.” – Justice Robert Kennedy, Majority Opinion in U.S. v. Windsor On June 26, 2013, the U.S. Supreme Court ruled in this landmark case, declaring Section 3 of the Defense of Marriage Act – which defined a spouse as someone of the opposite sex and marriage as a union between one man and one woman – unconstitutional. Following this decision, there was a surge in the fight for marriage equality all over the country.  There are currently 19 states along with the District of Columbia that have removed bans on same-sex marriage.  Recently, states have been overturning bans on same-sex marriage every other week.  It seems that the movement for marriage equality and LGBT rights is at its highest and most successful point.  But it’s not.
Image 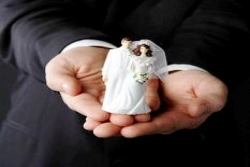 I recently ended a three-week trip to the United States and returned home to Israel. This was a particularly emotional trip, as I was in Boston the day of Marathon. I saw firsthand how resilient the people of Boston are in a crisis. 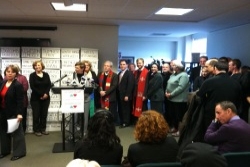 By
Guest
Here in the Maine wilderness, fighting for justice can feel lonely.
Family and Medical Leave Act (FMLA) was signed into law 22 years ago to allow workers to take a maximum 12 weeks unpaid time off of work to care for a new child (including adopted and foster children); care for a sick child; act as a caregiver for a parent; address personal serious health concerns; and care for wounded service members. After the decision in United States v. Windsor, in which the part of the Defense of Marriage Act (DOMA) defining marriage as between a man and a woman for federal purposes was struck down, the Department of Labor announced that FMLA would apply to eligible employees in same-sex marriages if the employee resided in a state that recognized their marriage. Rachel Laser, Deputy Director of the Religious Action Center, submitted comments last August to the Department of Labor in support of this change when it was proposed.
Image 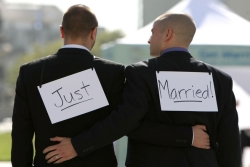 By
Noah Baron
Progress toward full equality for lesbian, gay, bisexual, and transgender (LGBT) Americans seems to jump forward with every year that goes by, though we certainly have a ways to go.