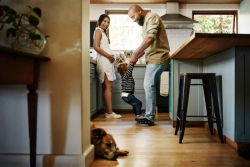 Aligned with the rhythm of our earth turning on its axis, our season of returning (t’shuvahT's

Many years ago, I taught an adult education class on biblical heroes. Among those we studied was Joseph. We focused on Parashat Mikeitz and discussed Joseph’s contentious relationship with his older brothers and their later reconciliation.

In Vayechi, we hear the final requests of Jacob, and then Joseph, to bring back their remains to be buried in the land God promised to their ancestors. In carrying Joseph’s bones, Moses moves draws closer to his progenitor, giving us the opportunity to reflect on our connections to our forebears.

In Vayigash, Joseph now a powerful man in Egypt conceals his identity from the brothers who had sold him into slavery years ago. In so doing, he allows them to confront their past mistakes.

As Parashat Vayigash begins, Joseph still has not revealed his identity to his brothers. With Joseph having framed his younger brother Benjamin for stealing his divining goblet, and consequently declaring that as punishment, Benjamin will be enslaved in Egypt, his brother, Judah, now beseeches Joseph to enslave him instead (Genesis 44:33). His plea comes after Judah reminds Joseph that he has an elderly father and describes in detail, why Benjamin did not initially go down to Egypt with the brothers and why, should he not return to Canaan, their father literally would die (Genesis 44:31). 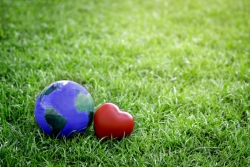 Rosh HaShanah – the “head of the year” – celebrates the beginning of a new year and officially starts aseret y’mei t’shvuah, 10 days of return and repentance.