Learn about Sukkot with your tween!

Explore the meaning of Sukkot in the Torah with this guide for tweens. 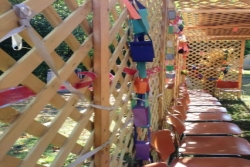 By
Raechel Banks
Somehow, it always seems to rain on Sukkot. The week before the holiday usually falls during the first nice days of fall— this year my housemate packed away her summer clothes this past weekend, and I wore jeans instead of shorts for the first time in too long.
Image 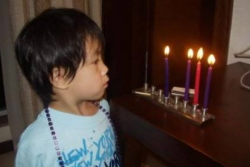 As my kids tell me this joke, I realize my mother's curse has come true: I have children "just like me."

The Journal of Youth Engagement is an online forum of ideas and dialogue for those committed to engaging youth in vibrant Jewish life and living. Join the discussion and become a contributor. On a Friday night this past spring, 26 families shared Shabbat in 7 homes across New York City. They said the blessings, ate their festive meals, and were joined by synagogue staff, who led the groups in activities and songs. This was the fourth such dinner last year.  Remarkably, these families were satisfying their Religious School requirement. A growing number of families at Temple Shaaray Tefila are taking part in MASA (“Journeys” in Hebrew), our Temple’s multi-generational education program, now in its seventh year. It offers year-long family “journeys” centered on Jewish topics, as an alternative to our religious school. As part of the program, parents study both with their children and separately with our education staff and clergy, as well as participate in Shabbat and holiday celebrations together with the goal of enhancing their own knowledge and their ability to teach and model Jewish practice for their children.
Image 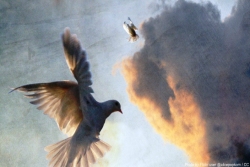 "At the edge of a valley so quiet and pretty stands a five story building far away from the city." 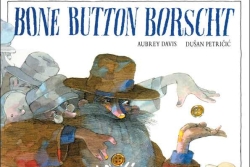 A tired beggar reaches a small town on a cold, wintery night, seeking food and a warm bed. When the poor locals are reluctant to assist, he promises to make a delicious soup from six bone buttons.
Image 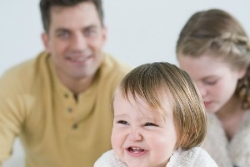 For children in interfaith families, clarifying the role of religion in the family dynamic is important.
In the fall of 2008, I was the executive director of a 1,000-household synagogue. We had recently finished a major sanctuary renovation, and our membership numbers were on an encouraging upward trend. Our finances were sound, and we had big plans for the year ahead. The new president of our board was writing her first Yom Kippur appeal as I was busily taking care of the last details of our High Holiday preparation. Then, two weeks before Rosh HaShanah, Lehman Brothers declared bankruptcy, after which the bank loan market crashed. Banks large and small suffered huge losses, and during the first week of October, the stock market experienced a sharp downward spiral. That week was was Kol Nidre, and our president ascended the bimah (pulpit) to deliver an appeal for donations on the very day on which many in our congregation had lost a significant amount of money – money they were counting on for homes, for retirement, for food. The president delivered a masterful appeal that evening, and even on that worst of economic days, we collected Yom Kippur appeal monies in excess of what we had collected the previous year. The next day, on Yom Kippur, the stock market fell 700 points, sending the entire country into a recession that, some would argue, continues to this day.
Image

Like a giant tent spread atop three tall pillars that support it and give it shape, the Jewish year is held up by the Shalosh R'galim, the "three pilgrimage festivals" Pesach commemorates the joy of liberation and freedom, Shavuot acknowledges the power of God's word reveale