Speaking Out Against Sexual Violence 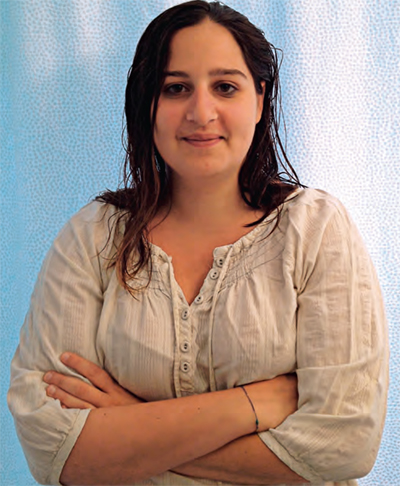 I entered college on the eve of the SlutWalk revolution. A 12-year-old girl had been repeatedly assaulted in Texas, and the newspaper reporting on it cited a possible motive: she was wearing makeup. A police officer in Toronto told women to stop dressing like sluts to avoid being sexually assaulted. While I grappled with how to refuse boys lining the sweat-infused walls of college parties, women around the world began mobilizing, dressing and acting exactly as they chose and protesting discrimination against women in the justice system. Our mothers invented the Take Back the Night rallies; SlutWalk became a rallying cry of women of my generation fighting back against sexual violence. Other, similar campaigns would follow.

I'd seen "slut-shaming" in my high school—girls in my class bullied and teased for hooking up with the wrong person, or too many people, or for dressing in so-called promiscuous ways. Somehow it was easy to dismiss this disturbing behavior towards my high school peers. I made excuses for it—after all, these were kids I'd known practically all my life, they didn't mean any harm.

But when I started college, I began to feel its effects personally. At parties, boys grabbed us from behind on the dance floor. Without a word spoken, they'd spin us around by our waists and stick their beer-and-punch-coated tongues down our throats. The rules were no-win: If you didn't want to make out or go home with the guy, you were no fun, and if you did or went home too often, you were a slut.

As I grappled with how to negotiate the social scene, friends told me stories of saying "no" but still being forced to have sex against their will—as a horrific physical extension of the unconsenting experiences I was having on the dance floor. Men on campus felt entitled to my body, our bodies, regardless of what we said or felt.

I also heard stories of how my college mishandled sexual misconduct cases. Those who reported incidents recounted how they faced questions about what they were wearing and whether they were drinking, as if they were to blame. Students who filed complaints against their assailants met with slow, minimal responses from the college's disciplinary hearing apparatus and were not receiving the school support services they needed and were entitled to under federal Title IX laws.

I wanted to take action, against both the sexual violence and the administration's and many students' apathetic unresponsiveness. I'd grown up in a Reform Jewish household where standing up against injustice—including sexual inequality—was imparted to me as a central tenet of our faith. But I wasn't quite sure how I could address a problem of this magnitude.

The summer after my sophomore year, I interned for the Religious Action Center for Reform Judaism's Machon Kaplan social justice and Judaism program in Washington, DC. In this new Reform community of friends who read, wrote, and debated how to act as a Jew in the world, I remembered that I could deal with the bleak, intimidating reality of sexual violence and gender equality by drawing on Jewish values. Judaism teaches, "Tzedek, tzedek tirdof—Justice, justice you shall pursue" (Deuteronomy 16:18). Instead of feeling I might have to give up against seemingly insurmountable odds, "tzedek, tzedek tirdof" taught that my responsibility to pursue justice wasn't confined to a single act or even to a few. The Torah rarely repeats itself, so the repetition of tzedek was emphasizing my commitment to pursue justice over and over again until I saw the impact of my efforts.

The double tzedek also signified to me the duality of justice needed—both the short-term crisis on my campus and the long term, second-level justice that would include preventative education to help make sexual respect and gender equity the status quo. Further, I sought justice both for me, the personal justice of being able to walk alone on campus at night, and a second concentric circle of justice that would protect students with fewer privileges and opportunities to combat the injustices they encountered.

While in Washington, I consulted with the National Women's Law Center and other anti-sexual violence organizations and activists. And after Machon Kaplan ended, I worked with a friend on an online publication we would soon launch covering on-campus and national issues. By the time I returned to campus in the fall, I was armed with facts, policy information, and resources.

Almost immediately after our site went live, we were in the national spotlight. We'd published a piece about a graphically violent t-shirt design one of the fraternities had printed, describing the shirt as an example of the bigger issues in our campus culture that contributed to violence against women. Some small national blogs picked up the story.

Because I was the publication's co-editor, the student body president asked me to speak to the Board of Trustees about needed changes on campus. Other student representatives and I walked into the trustees meeting with a list of demands, among them ensuring counseling center support for survivors and mandating bystander education—teaching all students effective intervention skills to prevent sexual harassment in social situations.

As a result, I was one of two student representatives appointed to the college's Sexual Misconduct Oversight Committee. We addressed the issues with faculty, administration, legal counsel, and board representatives. By January of my junior year, the committee published a report on our campus's rape culture with recommendations for improvement. Some of our suggestions, such as increased sexual respect education for first-year students and more regulated (albeit permissive) alcohol and party protocols, were implemented immediately as new college policy.

In addition, I helped organize a campus-wide Day of Dialogue during which all classes were cancelled and students and faculty gathered in small groups to learn about sexual respect. And campus activists in the student senate helped form a Title IX Review Committee, due to be up and running this September, to help tackle major challenges. Right now, for example, many sexual assault cases are reported but then are not filed or do not make it through the hearing process; the committee is tasked with figuring out why this is happening and how to better support survivors through the process. In addition, certain college personnel have undocumented reputations for mishandling sexual violence cases; the committee hopes to better document complaints against those specific individuals as flaws in the implementation of policy.

As I graduate, most of the changes I'd hoped to see on my campus are yet to be completed. I had hoped to create a culture of student and faculty intervention when witnessing sexual harassment in social situations and to address head-on how a school's athletics culture affects sexual respect. Nevertheless, I've learned that even a college student like myself can fight for justice and make a difference. In Leviticus 19:16 we read, "Lo ta'amod al dam rei-echa—Do not stand idly by while your neighbor bleeds." I will not stand idly by.

Liya Rechtman, a recent college graduate, grew up at Brooklyn Heights Synagogue in Brooklyn, NY. She is a 2014-2015 Eisendrath Legislative Assistant at the Religious Action Center of Reform Judaism. 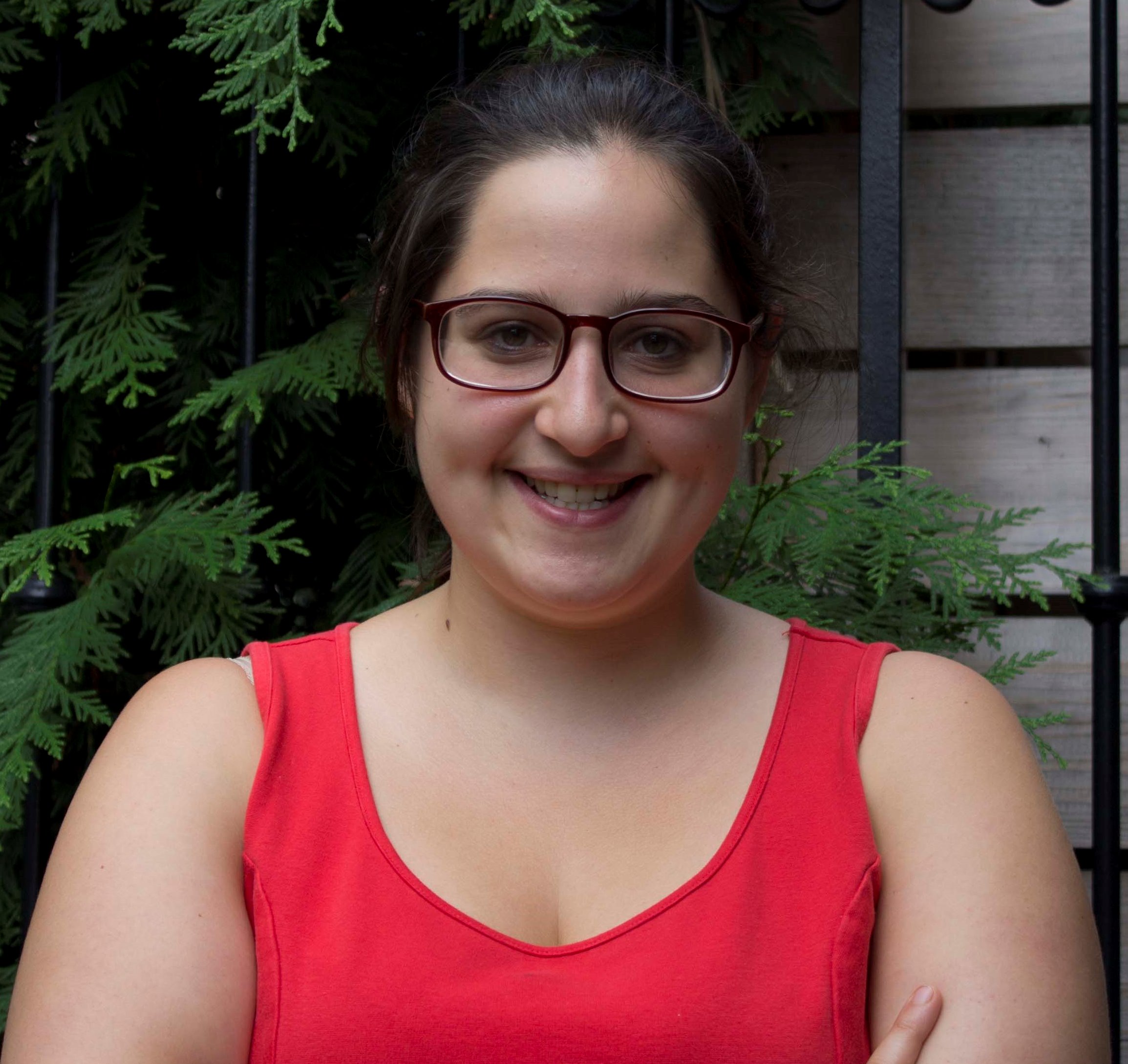 Liya Rechtman is a 2014-2015 Eisendrath Legislative Assistant at the Religious Action Center of Reform Judaism. Liya graduated in 2014 from Amherst College, and is originally from Brooklyn, N.Y., where she is a member of Brooklyn Heights Synagogue.