Torah Is Not History 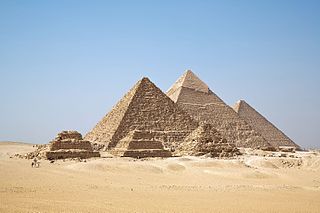 There is no reliable evidence that the Exodus ever occurred-and it almost certainly did not happen the way the Bible recounts it. Archaeologists have not found a single shred of evidence in the Sinai that accounts for the Exodus (given variously as between 1500 and 1200 B.C.E.), though they have discovered evidence of other peoples in the area who predated the Israelites. It is improbable (albeit not impossible) that 600,000 men crossed the desert 2,500 years ago without leaving a single shard of pottery or Hebrew carving. And had a large influx of Israelites suddenly arrived after hundreds of years in Egypt, their cups and dishes would look very different than those of native Canaanites.

But it does not matter. Knowing the Exodus is not a literal historical account does not ultimately change our connection to our faith.

I believe the Torah is not a book we turn to for historical accuracy, but for larger truth. Each year at the seder, I see in my mind's eye the Israelites marching out of Egypt, the miracles at the sea, the pillar of fire leading them through the fearful night-and I feel enormous gratitude toward God.

Though we cannot know exactly how God has saved our people, we have been saved. Despite unimaginable opposition, the Jewish people have seen nation after nation buried under the debris of history while our nation lives.

Truth should not frighten one whose faith is firm. And faith ought not to rest on splitting seas. At the seder we declare: "In each generation, each individual should see himself as if he (or she) went forth from Egypt." This message does not depend upon whether three million individuals went forth-or only three.

Rabbi David Wolpe is the rabbi of Sinai Temple in Los Angeles, California. This article was adapted with permission from a piece that first appeared on belief.net.