The Triumph of Life, the Future of the Jewish People, and Our Role in Healing the World 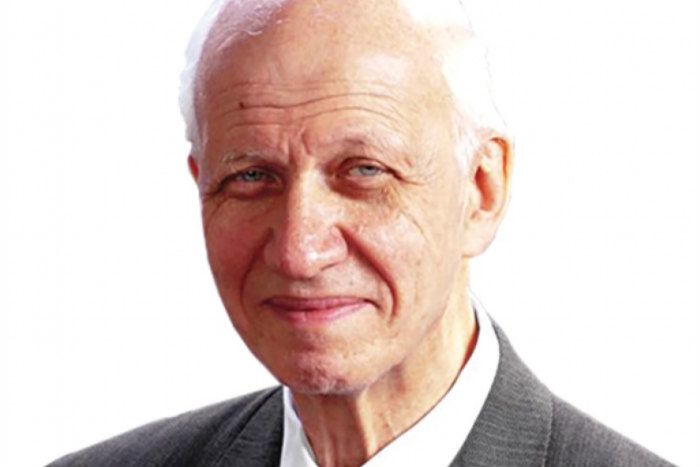 Rabbi Irving "Yitz" Greenberg is an influential theologian and an activist who has been a seminal thinker on the Holocaust as a turning point in Jewish and Western culture and on the State of Israel as the Jewish assumption of power and the beginning of a new era in Jewish history.

He has written extensively on the ethics of Jewish power, is a past chairman of the United States Holocaust Memorial Council, and is writing a comprehensive theology of Judaism as the religion of tikkun olamtikkun olamתִּקּוּן עוֹלָם"Repair of the world;" Jewish concept that it is our responsibility to partner with God to improve the world. A mystical concept of restoration of God's holiest Name to itself and the repair of a shattered world. Often refers to social action and social justice.  seeking to perfect the world.

ReformJudaism.org: Well into yours 80s, you continue to be an influential Jewish thought leader. Splitting your time between New York and Jerusalem, what projects and activities are you pursuing at this time?

Rabbi Greenberg: I am completing The Triumph of Life, a book that summarizes my theology of Judaism in the form of a narrative, at this extraordinary moment in Jewish history. There’s never been a time when the Jewish people have been as accepted. We can be anything we want, but this freedom also has its perils because it puts in front of us every other identity and way of life we might want to choose.

Through this book, related films, video, podcasts and social media, and teaching on the faculty of Hadar, I seek to encourage Jews of every kind to identify with our people’s story and join in. I have begun writing a weekly teaching on the Torah portion – intended for every kind of Jew – that can enrich daily life with the great ideas of Judaism

What do you see as the greatest challenge facing the Jewish people today?

I am concerned at the resurgence of antisemitism in the United States and worldwide; we need to monitor these developments carefully. Nevertheless, I believe that the greatest challenge is that we need to raise the quality of Jewish living, by which I mean maintaining high-level community, mutual responsibility, religious experience, upholding truth, and human sensitivity and concern for others. Then people will choose to be Jewish and take part in the Jewish mission to pace humanity in the partnership for tikkun olam.

To meet that challenge, we need a higher level of Jewish literacy and experience. This will enable each person to integrate and participate fully in American life, without lowering our distinctive identity and still being able to make our own contribution.

Each branch of Judaism will need to accomplish this in its own way. Reform Jews, for example, deserve much credit for their leadership in social justice and paving the way for women’s religious leadership through ordination. By the very same token, being highly integrated in American life and not having a rich enough internal Jewish life makes it easier to take the easy path out or just drift away. Our challenge, then, is to enrich internal Jewish life and to balance the universal and particular in a way that does justice to both.

We're not going to make it without the whole spectrum of Jews participating in the upgrading of Jewish life.

Instead of pluralism within the Jewish community, we are seeing more division. As someone devoted to building bridges between Jews, how do you read this trend?

I take issue with those in the Orthodox community who argue that a small remnant of the Jewish community can successfully maintain itself and that the more integrated Jews are a lost cause. Even if this prediction were true, it is wrong because it presumes that Judaism can't live in the major leagues of world civilization and in this open society.

I think it would be a tragedy for the Jewish people to settle on tribalism and become an increasingly isolated and irrelevant minority in the world. I don’t think that’s what God wants for the people of the covenant. The Torah does not start with the story of the first Jew, or the first commandment, or the history of the Jewish people; it starts with the creation of the world and presents a picture of the Garden of Eden, the future Earth turned into a paradise for all of humanity.

The Jewish people cannot make it if we remain divided. To bridge the gap, we need to learn from one another, to intensify and raise the level of ethical action, of social relevance, of solidarity, of learning, of spiritual fortification. If we do all that, I think we still can avoid a substantial demographic setback – but we don't have a lot of time.

What do you say to those who argue that God was absent during the Holocaust?

I begin by explaining that the covenant between the Jewish people and God has gone through three stages. In the biblical stage, God is very present, though in a controlling, domineering, and sometimes frightening way.

The Rabbis teach that in their second stage of Judaism, God self-limits, not to punish or reject the Jewish people but to come closer. God is no longer dictating from heaven through the prophets but speaks to us through human analysis and (multiple) interpretations, wherever we are, sharing our pain and our joy. God gives humans greater authority and responsibility to carry out the covenant.

In the third stage (since modernity), God self-limits again to give full responsibility to humans to act covenantally and carry out tikkun olam – not because God doesn't care what happens to us. God remains very close, encouraging and sustaining us, but God does not intervene magically from above. God operates through human agents.

The Holocaust is the outcome of total human failure, from the perpetrators who devoted their power to total evil and mass murder to those neighbors who averted their eyes to the slaughter, or cooperated with it to the Allies who stood by and took no adequate rescue actions. God was totally devastated by this catastrophic failure of human agency. Since the Shoah, Jewry – and many other vulnerable groups – have decisively shifted their policy to take power and upgrade their status and repair the world.

How can such a small minority as the Jewish people make a difference in healing the world?

In Deuteronomy, Moses tells his people, don't think God chose you because you are a large nation; you are the smallest. And don't think it's because of your superiority, because you're not. We can make a difference by living up to our covenant mission to build a better world.

A healthy awareness of our size and limitations requires that we have to work broadly in partnership with other peoples if we hope to heal the world. This is the meaning of tikkun olam, which I see as the modern form of messianism – the Jewish idea that this world needs to be repaired and can be perfected to the point where life wins out.

Fulfilling the commandment – choose life – on our planet requires that we act in partnership with God and with all of humanity, both globally and in every action in our personal lives.