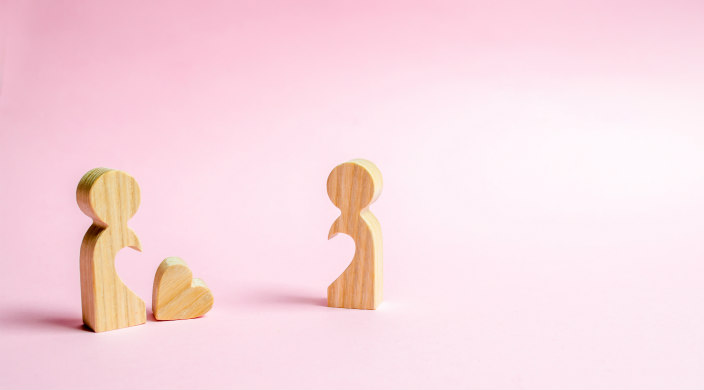 In 2018, I wrote about "Process Theology," which sees God and the universe in a constant state of evolution and views us as God’s partners in creating a better world. While my belief in God can admittedly vary by the day (sometimes even by the time of day), Process Theology helped me overcome a lot of theological hurdles and provide a blueprint for connecting with the Divine. That first essay was intended as a perspective for those who see God less as an all-knowing, all-powerful being in the sky and more of the cohesive bond that unites us and propels us to live just, merciful, humble lives.

However, I also acknowledge that there is no “one size fits all” approach to theism, and many people are simply more comfortable having no belief whatsoever in God. In fact, many Jews believe that you can indeed still be a good Jew even if you don’t believe in God (or are ambivalent about God). The key, though, is that you believe in other people.

This philosophy can be traced back to the very first Jew: Abraham. In Parashat Vayeira (Gen. 18:1-22:4), Abraham speaks to God in his tent. When three travelers pass by, though Abraham pauses his conversation with God and offers the travelers food and shelter. (It’s like he took a note from the Union for Reform Judaism’s Audacious Hospitality Toolkit!)

Growing up attending fundamentalist Christian schools, I was taught that prayer should never be interrupted for almost any reason, especially to speak to people you don’t even know. Yet Abraham – the founder of ethical monotheism – commits a seemingly radical act: putting the needs of others before God’s.

“So important was hospitality to Abraham that he allowed this moment of religious ecstasy to be interrupted. He affirmed the important lesson that social responsibility must supersede religious belief and practice, later articulated in the Talmud: hachnasat orchim – ‘Welcoming guests is greater than welcoming the Divine Presence’ (Babylonian Talmud, Shabbat 127a).”

This perspective is backed up by Rabbi Hillel, one of Judaism’s most important figures. Many Jews are familiar with his famous teaching: “What is hateful to you, do not do to others. That is the whole Torah. The rest is commentary. Now go and study.”

While this is often used as a nice quote encouraging us to be good people, I see it as something more serious. R. Hillel literally says, “That is the whole Torah.” The whole Torah isn’t “Pray three times a day.” It isn’t “Fast for Yom Kippur.” It isn’t even “Keep the Sabbath!” It’s simply, “What is hateful to you, do not do to others.” And while Hillel does encourage studying “the rest,” he emphasizes that the core tenet of living a righteous life is loving our fellow human beings.

Martin Buber, the brilliant Austrian-Israeli philosopher, contributed countless volumes of wisdom to the Jewish world, and his view of atheists strikes me as particularly interesting. Buber once said, “The atheist staring from [their] attic window is often nearer to God than the believer caught up in [their] own false image of God.” His quote deeply resonates with me, considering I have witnessed so many self-proclaimed “God-fearing” people violate Rabbi Hillel’s creed to not commit acts of hatred using God as an excuse.

Buber’s belief in universalist morality can be found in his book Tales of The Hasidim, Vol. 2. Quoting the Baal Shem Tov, the founder of Hasidic Judaism, Buber explains that when atheists perform good deeds, they do so not from a religious obligation, but rather “an inner sense of morality.” In times of crisis, he continues, “you should never say ‘I pray that God will help you.’ Instead for the moment, you should become an atheist, imagine that there is no God who can help, and say ‘I will help you.’”

As a Jew, I’m grateful to be part of a religious civilization that accepts me regardless of how, or if, I believe in God. I’m grateful to be commanded, whether by God or my own sense of morality, to practice tikkun olamtikkun olamתִּקּוּן עוֹלָם"Repair of the world;" Jewish concept that it is our responsibility to partner with God to improve the world. A mystical concept of restoration of God's holiest Name to itself and the repair of a shattered world. Often refers to social action and social justice. , tzedektzedekצדקJustice , and chesed (lovingkindness) for the sake of other people, whether they be my closest friends and family or complete strangers.

Regardless of our own beliefs about God, every single person deserves to be treated as if they exist in God’s blessed image.

That is, after all, the whole Torah.