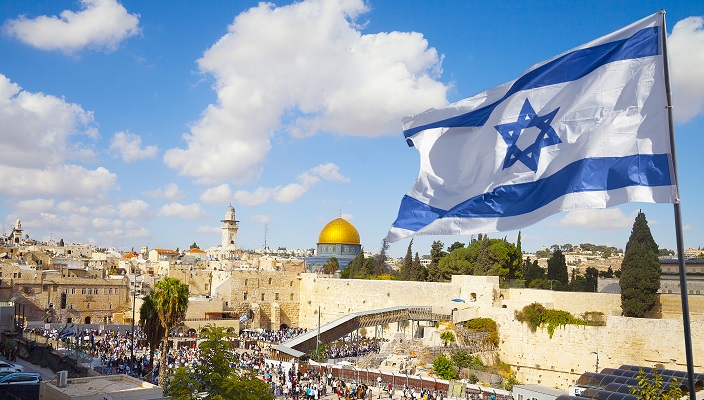 The modern state of Israel came into existence in 1948, but the forces that led to Jewish sovereignty after nearly 2,000 years of exile were set in motion 70 years earlier.

Here are 10 major historical events that culminated in Jewish statehood.

A number of Eastern European Jews reacted to the Russian tsar’s virulent antisemitism by forming Hovevei Zion (Lovers of Zion), which envisioned the return of Jews to their rightful biblical homeland with Jewish settlement in Palestine as their number one priority.

They were officially constituted as an organization in 1884 at conference led by Leon Pinsker, a Hovevei Zion leader and author of Auto-Emancipation (1879), which historians regard as the founding document of the modern Zionist movement.

In 1894, a French Jewish military officer named Alfred Dreyfus was falsely accused of treason, pronounced guilty, and publicly humiliated. Theodor Herzl, who was covering these events as a correspondent for a Vienna newspaper, was shaken by outpouring of antisemitism unleashed by Dreyfus Affair and, though himself an assimilated Jew, concluded that there was no viable future for the Jewish people in Europe.

“Intoxicated” by his “gigantic dream” of restored Jewish political sovereignty, in 1896 Herzl published a slim volume with the dramatic title Der Judenstaat (The Jewish State). Herzl catapulted Zionism into the world arena of realpolitik as he lobbied world leaders and, in 1897, convened the first Zionist Congress in Basel, Switzerland, where the delegates declared intent to “secure for the Jewish people a publicly recognized, legally secured home” that would eventually become Israel.

A pogrom in the Moldavian city of Kishinev resulted in the deaths of 49 Jews and the destruction of 1,500 Jewish homes; untold numbers of Jewish women were raped and traumatized.

Bialik’s “City of the Slaughter” dirge had a strong impact on Herzl and other Zionist leaders who perceived Kishinev as a fearful omen for Europe’s Jews, and it convinced the Zionist movement to accelerate and intensify efforts to establish a Jewish state.

A group of idealistic young men and women, inspired by the Zionist dream of creating a new kind of Jew in the ancient homeland, founded Degania in a marshy area near the Sea of Galilee.

They drained swamps, planted eucalyptus trees, and created a productive settlement – the first successful communal effort to “return” Jews to the soil.

In November 1917, during World War I, Great Britain issued the Balfour Declaration, which stated: “…His Majesty’s Government view with favour the establishment in Palestine of a national home for the Jewish people, and will use their best endeavours to facilitate the achievement of this object…”

In 1922, the League of Nations awarded Britain an international mandate to govern Palestine that would end in May 1948, when Israel declared its independence.

More than 18,000 Palestinian Jews served in the Jewish Brigade, participating with the British army in fighting against Nazi Germany and its allies.

At the same time, Britain tried to stop Jewish immigration to Palestine, drawing international condemnation in 1947 when it blocked the “Exodus” ship filled with Holocaust survivors from landing in Palestine – an action that hastened the end of the international mandate.

The UN was founded in 1945, at the end of World War II. Two years later, the UN General Assembly overwhelmingly supported a partition plan that called for the formation of a Jewish and an Arab state in Palestine.

The plan was accepted by the Jewish community of Palestine but rejected by leaders throughout the Arab world.

Despite enormous pressure from many quarters of the international community and internal criticism from some of his fellow Zionist leaders, on May 14, 1948 David Ben-Gurion, the acknowledged leader of Palestine’s 600,000 Jews, boldly declared Israeli independence in Tel Aviv.

U.S. President Harry S. Truman extended recognition to the State of Israel almost immediately after Ben-Gurion’s declaration of Independence, despite fierce opposition from many American leaders, including his Secretary of State George Marshall and Defense Secretary James Forrestal.

On May 15, 1948, the day after the State of Israel was declared, the armies of five Arab nations – Egypt, Syria, Transjordan, Iraq, and Lebanon – invaded the new nation, fully expecting a quick military victory. The Arab League’s Secretary General declared: “…This will be a war of extermination and a momentous massacre…”

After nearly a year of fierce fighting, a truce was signed, but not before the war had taken 6,000 Israeli lives – amounting to 1 percent of the total Jewish population.

A month earlier, Israel’s application for membership to the United Nations was approved. The Star of David, once the symbol of discrimination and death, was now waving in the UN plaza on the flag of an independent Jewish state.

Want to learn and read more about Reform Judaism and Israel? Subscribe to Israel Connections, our Wednesday email (part of the Ten Minutes of Torah series).