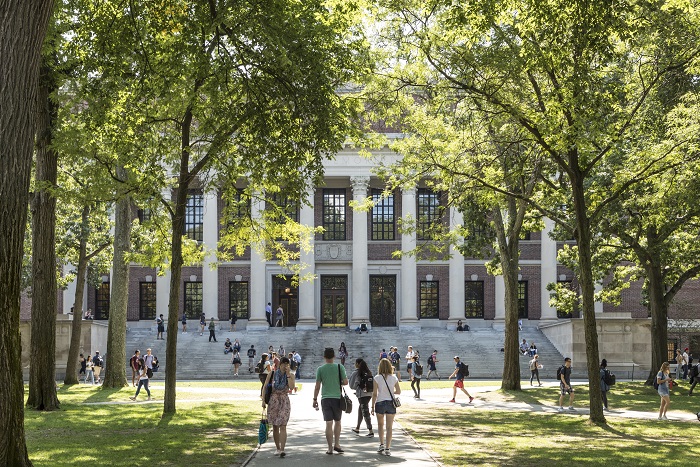 When my dream came true, and I was accepted to a PhD program at Harvard, I expected to struggle at times as a Zionist and former IDF officer. What I did not expect was how alone I would feel -- alone in my struggle, alone in my “Israeliness,” and even alone in my Jewishness.

My family traces back 13 generations in the United States. I was born in New York and made aliyahaliyahעֲלִיָּה"Going up." The honor of being called to recite the blessings before and after the Torah reading. Also refers to immigration to Israel, to "make aliyah" to Israel; plural: aliyot. Lit. "Ascent." at age 4. I have always considered myself both American and Israeli and was proud of this identity. My mother is a Reform rabbi. I am deeply familiar with American Jewry, its distinct culture, its reverence of the American ideals of liberty, and its deep and unique devotion to Israel.

Only now, as a graduate student in the US during the recent violence wave, am I able to truly appreciate the gut-wrenching position in which American Jews increasingly find themselves, as they are asked by some to make a choice between their ideals and political identity, on the one hand, and their cultural, spiritual, and even familial identities on the other. Many Jews are finding themselves on the outside of their circles of friends and allies – with the price of readmission being acceptance of extreme solutions to the Israeli-Palestinian conflict.

I share that pain and isolation. Israelis, particularly left-leaning Israelis, often feel the same shame and bewilderment as their American Jewish counterparts in response at our government’s actions. But we know that this is a false choice, and that the readmission price is unacceptable. There are two reasons for this: first, demanding Jews display perfect ‘group loyalty’ has often been used to oppress Jews; it will never be enough. Second, it is part of a coordinated attempt by extremists to spread misinformation that invalidates Jewish identity and is antisemitic at its core.

In my social circles, there is an eerie silence in "real-life," but an absolute bombardment on social media and online. The vilification of Israel goes beyond the latest conflict. It goes beyond Gaza, and beyond the 1967 occupation. There is an implicit, and at times explicit, adoption of the notion that Israel is a colonial European effort, that it is engaged in ethnic cleansing, and that it is therefore illegitimate and immoral. There is an attempt to apply race theory to what is a national-religious conflict, and, in a sense, to apply it to Jewishness itself. This is a broad normalization of antisemitic sentiment, and I urge Jewish Americans to reject it.

One can harshly criticize the Israeli government and Israeli policies without being antisemetic. Personally, I have flown back to Israel twice in the last two years just to vote against Bibi. Yet many of the talking points adopted by liberal Americans, and American Jews, go beyond legitimate criticism and, perhaps inadvertently, stray into extremely dangerous territory. It’s important to reiterate why this misinformation onslaught is false and antisemitic.

Like any other people the Jewish people have the right of self-determination, to call ourselves a nation, and to be independent in their historic homeland. To deny this of us by claiming we are ‘only a religion’, or worse - by applying modern concepts of ‘whiteness’ - is antisemitic and wrong.

To claim that the Jewish state has “forfeited it’s right to independence” due to atrocities it allegedly committed, while Germany, Russia, Japan, Turkey, and even the United States are somehow immune to this standard, is antisemitic, wrong, and incredibly ironic.

As an example, consider the following: Several student groups at Harvard have drafted a well-written letter which blames Israel for ethnic cleansing, which is a lie. The letter uses language that is endearing to liberal Americans, while subtly reinforcing the false equivalency between the Israeli-Palestinian conflict and racial justice in the USA. The letter does not mention the two-state solution, nor does it call for peace. It is signed by the “Jewish Coalition for Peace at Harvard College.”

These last few weeks have been hard. I worried about friends and family. I was horrified at the violence. I obsessively checked the news. I would “doom-scroll” social media, constantly fearful which friend or idol would next spread Hamas talking points. Few people asked how my family was, fewer still wanted to talk about the situation.

As the violence and online vitriol intensified, my Israeli friends here became my only support group. We would exchange our ‘online experiences,’ share ideas about how to respond to various allegations without being ‘cancelled,’ and try and pull each other up when it became too much.

Yet this experience has reinforced my belief that indeed “,אֵין לִי אֶרֶץ אַחֶרֶת” (“I have no other country.”) and that you are my people - as I am yours. I urge you not to give up on us, and to fight with us for a liberal and just, but also independent and viable, Jewish state. Look for ways to bring Israelis in America into your communities, show us there is a more tolerant and liberal way to be Jewish. Reject calls to abandon us, reject antisemitic frameworks, and reject despair. 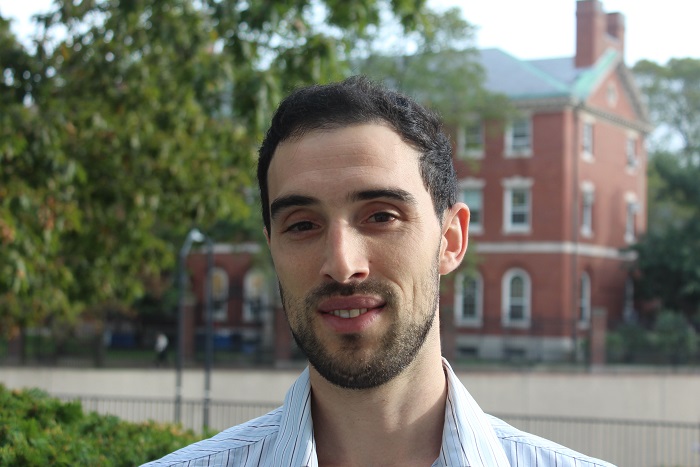 Peleg Samuels was raised in a coastal town between Tel Aviv and Haifa. He enlisted in the IDF after high school and served in Unit 8200 as an intelligence officer. After being discharged, he moved to Jerusalem and completed his BA in economics and geography at the Hebrew University. After completing his MA, he worked in tech, and is now a graduate student in the Economics department at Harvard University.