Blessings Beyond Borders: An Interfaith Tale 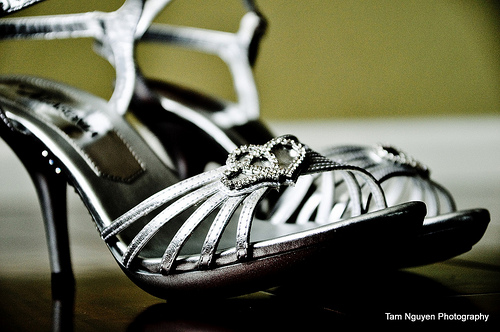 Last Saturday evening I was given an opportunity to be part of a truly wonderful celebration - the Sweet 16 party of a very special young woman. As I explained to the guests gathered there that evening, this was an evening of firsts for me.  We don't really make much of the 16th birthday in the UK, probably because 18 is not so far away. In the UK, 18 takes on greater significance as it is the legal drinking age.

So last Saturday was my first ever Sweet Sixteen party. Another new and special part of the experience for me was that this Sweet 16 was celebrated Puerto Rican style. As I learned in preparing for the event, there are variations on the rituals that have become associated with this celebration - Brazilians, Mexicans, Puerto Ricans, and other Latin American countries all utilize slightly different symbolic acts and objects to represent the transition into womanhood. Traditionally, these events took place at the age of 15, and so the celebration would be called a quinceanera.

In North America, the celebration has often shifted to the age of 16, influenced by North American Sweet Sixteen celebrations. At the celebration I attended, two key ritual moments involved replacing a ribbon in the young woman's hair with a tiara, and a pair of flat shoes with high heels. Another part of the tradition is for a priest to offer a blessing, often presenting a bible and a crucifix necklace. And this is where I came in. The young woman in question is Muslim. Desiring to celebrate her Puerto Rican cultural roots, but minus the religious traditions of Catholicism, it might have been challenging to involve either a Priest or an Imam. Much of the family was practicing Catholic, and many of the women from the Islamic community were present for the celebration too. It was a wonderful interfaith and intercultural gathering in and of itself.

But why add a rabbi to the mix? I was invited to offer a blessing at this particular Sweet 16 after getting to know this young woman these past two years through our Tent of Abraham interfaith activities. We had met on several occasions - adult and teen discussion programs, Rosh Hodesh group and Muslim women's study and celebration gatherings, and Iftar (evening break fast) during Ramadan. And so it was that, in the week leading up to the celebration we spoke on the phone.  In preparing some words of blessing, I asked her to reflect on significant moments in her life up until now that seemed to her to have shaped her life and her faith. She spoke of her father's death at an early age, and later reflecting more deeply on taking responsibility in the world during a time that her mother was unwell. She spoke of the values that were most important to her - trust, loyalty, compassion, friendship. She spoke of her belief in one God, who could be addressed and experienced directly by every person. These words and more were the sentiments that I reflected back to her. In the mix, as per a request from her and her mother, I explained how the rituals and the celebration compared with Jewish coming-of-age ceremonies.

Just as the evening was filled with many firsts for me (I even began with a few sentences of Spanish - a language I have never studied or spoken before - thanks to the assistance of one of our Puerto Rican staff at the synagogue!), I explained that I was sure that the presence of a Rabbi to offer the blessing was a first for everyone there. It became an opportunity to learn from and about each other. In the mix was the Priestly Blessing, an English interpretative rendition by Debbie Friedman, a Rashi interpretation on the blessing, and a blessing over the food sung in Aramaic and English. In just 5 minutes I had the opportunity to share some rich Jewish traditions and prayers with many who may never or rarely had any direct experience of Judaism before. This was taking Jewish wisdom public in a whole new context. These were blessings beyond borders. It certainly was a blessing for me to attend and participate in this wonderful young woman's special evening.