The Evolving Narrative of the Holocaust Memory in Israel 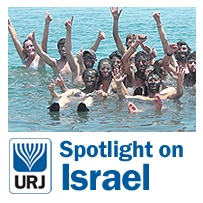 Holocaust Remembrance Day, which comes upon us soon, is a time to reflect on the darkest tragedy of the Jewish people in the modern age (and some would say in all of history). The importance of having such a day is indisputable, but personally, I must say I find myself pondering the events of the Holocaust quite frequently. Whenever the temperature is freezing outside and, despite my multiple layers and warm clothing, I still feel cold, I can’t help but wonder how in the name of God people could survive the harsh European winter with only a thin piece of cloth covering their bodies. Or when I feel hungry after not eating for a few hours, I wonder how one can endure this distressing sensation for weeks, months, or even years.

These experiences that were so common in the concentration camps are so hard for us to grasp that it’s understandable (though still not acceptable) why in its early years Israel did not exhibit a receptive attitude toward Holocaust victims or even toward the historiography of the events of the Holocaust. Survivors’ stories sounded so horrifying that their audience thought they were exaggerated. I remember once hearing a survivor's testimony: he said that in the beginning, even his family didn’t believe him, and thought his suffering caused him to confuse reality and imagination. This kind of reception generated reluctance among survivors to tell what they had been through. Many felt ashamed and guilty of “being led like sheep for slaughter” instead of resisting more forcefully. Therefore, they refused to talk about their experiences and preferred to leave the past behind them, as if it belonged to another life; a life that had no place in their present circumstances in Israel.

The turning point occurred fifty years ago and one of its more recognizable milestones was the Eichmann trial. Adolf Eichmann was a senior Nazi officer who fled to Argentina and lived there under a fake identity until May 1960, when the Israeli Mossad captured him and took him to Jerusalem to face trial in an Israeli court. The charges against him were numerous, including crimes against humanity, such as his coordination of many deportations of Jews to ghettos and extermination camps. For those and other charges, he was found guilty and sentenced to death (the first and only time a death sentence was enacted in Israel). However, it wasn’t the verdict, but the trial itself that changed Israel’s (and the entire Jewish world’s) approach toward the Holocaust. The trial aroused international interest, bringing Nazi atrocities to the forefront of world news, and it was the first time the survivors were given such a public stage. One survivor after another testified in court, and the nation listened to the voices of the witnesses, feeling their agony. It prompted a new openness in Israel, as the country confronted this traumatic chapter in Jewish history.

The impact of Eichmann’s trial is felt to this day in the way Israel promotes Holocaust education and encourages survivors—who are aging—to share their experiences with others. Holocaust Remembrance Day is the culmination of our efforts to honor survivors and remember the fallen. In Israel, at one point during the day, a siren sounds, traffic stops, and the entire country observes two minutes of silent memorial. There is no public entertainment, as theaters, cinemas, pubs, and other public venues are closed. Radio, television, and even music programs are all adapted to recognize the serious atmosphere of this special day.

In Hebrew, Holocaust Remembrance Day is called (יום השואה והגבורה) Yom HaShoah V'Hag’vurah, which means, Day of the Holocaust and Heroism. The rationale for this name arises from Israel’s past approach that preferred to focus on how Jews heroically resisted their Nazi tormentors through fighting them in the ghettos and joining underground partisans who fought the Third Reich in its occupied countries. For the same reason, the original proposal was to hold Yom HaShoah on 14 Nisan, the anniversary of the Warsaw Ghetto Uprising. Due to its proximity to Passover on 15 Nisan, the commemoration was postponed to take place on 27 Nisan—after the holiday but still close to the anniversary of the ghetto uprising.

Today, Holocaust Remembrance Day helps us gain a broader understanding of the concept of a hero: It’s not just someone who bears arms and fights in the name of a higher purpose. A hero is also someone who chooses to live and retain his human dignity in the most unbearable conditions. I'm proud to call all those who experienced the Holocaust my heroes, as they prove to the entire world that the human spirit is stronger than can ever be imagined. Let us always remember this message together with the memory of those who perished and the heroism of the survivors.

Roey Schiff is the NFTY and Israel Programs Shaliach at the Union for Reform Judaism. Originally published in Ten Minutes of Torah.