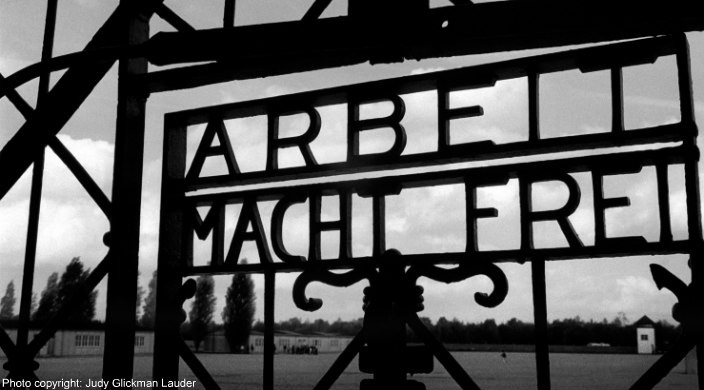 As I sit at my desk gazing at the black and white photographs in Judy Glickman Lauder’s Beyond the Shadows: The Holocaust and the Danish Exception (Aperture, 2018), something astonishing happens. I see the subjects upon which she focuses her camera lens– an empty gas chamber, a dissection room, a cell’s graffiti-covered walls – but somehow I also see, hidden beyond the shadows, the Jews who once inhabited these places and who are no longer there.

In the book’s afterward, titled “A Personal Journey,” Glickman Lauder explains that when she first entered Auschwitz and Birkenau, what she saw “was horrifying, terrifying. The experience was almost metaphysical. The trip turned me around.” Perhaps, then, it’s not a surprise that something of that metaphysical experience has made its way into the photographs at the heart of her book. Each shot reveals in subtle and not-so-subtle ways how Glickman Lauder responded to what she saw and felt in the camps.

Slowly turning the pages, I feel something else equally astonishing. As I gaze at photo after photo, I feel as if I am not alone. It is as if the spirits of those Jews who were murdered in the camps are mystically present again, peering over my shoulder at the pages of Glickman Lauder’s book with me. Young boys with fathers and grandfathers, innocent girls with mothers and grandmothers, entire families somehow alive again – even if I can’t quite see them.

Or I turn a page and find myself looking at the barbed wire fencing that surrounds the Majdanek extermination camp in Poland, and I see the night sky, pitch black above the chimneys, the source of light from behind Glickman Lauder’s camera reflected off the barbs and making them shine like stars in the sky. The photograph holds my gaze; I cannot turn away, and I can’t help asking myself if these pinpricks of light represent the souls of Jews who went up the chimneys in smoke and now inhabit the sky, their souls still shining.

In each of these photographs, thanks to her artistry and intelligence, Glickman Lauder somehow finds a way to enter into – and to let us enter with her – another dimension, one that invites us to inhabit both present and past, reality and memory, simultaneously. Through the miracle of photography and the mystery of art, Glickman Lauder manages to show us what cannot be seen and to let us hear in the silence on the page voices calling to us from beyond the shadows: “Never forget us! Never forget!”

In the middle of the book (reviewed here on ReformJudaism.org), she shifts the focus of her lens to Denmark and some of the Danes who helped rescue Jews. The change in scenery comes as a relief, restoring hope in mankind when all hope seemed lost. Unlike other countries in Europe, Denmark made an effort to protect its Jews. For Glickman Lauder, the Danes symbolized hope, “a force of goodness in a world gone mad.”

Many Danes, Glickman Lauder tells us, risked their lives and livelihoods to ferry some 7,000 Jews across the sea to neutral Sweden, where they remained until Germany’s defeat. Glickman Lauder focuses her lens on a handful of these rescuers who reached out to help Jews escape the slaughter.

In addition to her powerful photographs, the book contains the equally powerful words of a handful of contributors, including: survivor and author Elie Wiesel, who shared a poem he wrote after viewing these photographs; Michael Berenbaum, of the American Jewish University’s Sigi Ziering Institute: Rabbi Bent Melchior, the son of Dr. Marcus Melchior, who warned the Jews of Denmark of the impending German roundup; Herbert Pundik, former editor of the Danish paper Politiken, who was 16 when his family fled to Sweden; and Rabbi Jeffrey Glickman, one of Glickman Lauder’s sons, who shares a personal reflection about his mother. The book also includes the words of dozens of Danish rescuers, whose reflections on their wartime efforts accompany Glickman Lauder’s photographs of them as they appear today – placed as a sort of interlude between the photographs of the extermination camps as a hopeful reminder that mankind can overcome evil.

“Hatred, injustice, and genocide did not end with World War II,” writes Glickman Lauder, “and evil is present with us today in too many parts of the world. We need the moral courage to act against all injustice.” 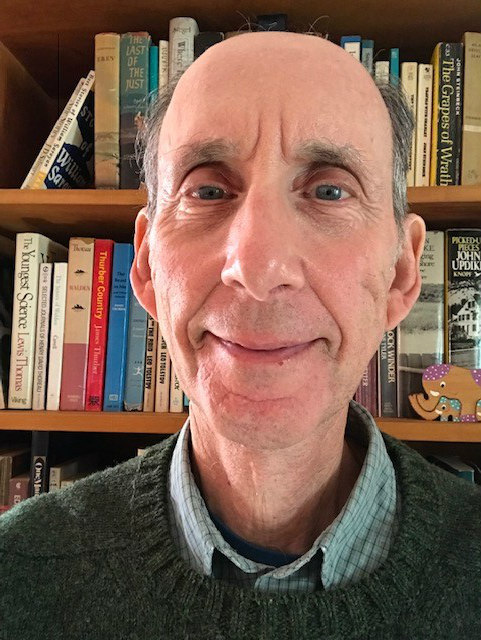 END_OF_DOCUMENT_TOKEN_TO_BE_REPLACED

Yom HaShoah is also known as Holocaust Remembrance Day and occurs on the 27 th of the month of Nisan. It is a day to commemorate those who perished during the Holocaust and listen to survivors tell their stories. However, as the survivor population ages, many are needing more assistance.
Jewish History
Image