Letting Go at Auschwitz-Birkenau: Lessons from a Zen Peacemaker Retreat 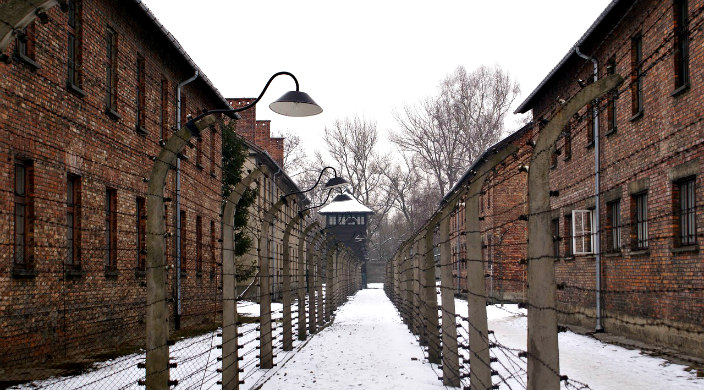 As the son of Holocaust survivors, with virtually every member of my family having been either a victim or survivor, I ruled out the possibility of ever visiting a concentration camp. Doing so would be emotionally off the charts.

For my entire life, Holocaust depictions of any kind usually triggered momentary bursts of sadness and tears. It was a manageable way of coping. I feared that standing on the ground where these horrors happened would pose too great an assault on the equanimity I had found in dealing with this past.

That all changed when I learned about a five-day Zen Peacemaker retreat at Auschwitz-Birkenau. Already having a regular meditation practice, and knowing its power, I saw this kind of immersion as a way of liberating myself from the emotional grip the Holocaust has held on me, and as a step toward focusing on the possibility of light, rather than on the default darkness, emanating from that place.

Zen Peacemakers, an international, nondenominational organization that has conducted this retreat for 22 years, is founded on three tenets: not knowing, bearing witness, and taking action.

“Not knowing” is letting go of fixed ideas about oneself, others, and the universe. It requires a willingness to relinquish what you think you know, which is not a casual task. This “cleaner” state of mind is necessary in order to bear witness.

“Bearing witness” requires being present in the moment and observing the aspects of a situation without judgment.

“Taking action” is the intended outcome of not knowing and bearing witness.

My decision to sign on to the retreat was also influenced by the writings of previous participants, who made a clear distinction between viewing through a lens of awareness and simply looking. I had no interest in a visit, which would have been the very experience I had always shunned.

I instinctively trusted that immersing myself for several days with like-minded, intentional people would allow this process of liberation to percolate, to seep into my very being.

I was also intrigued by the Zen notion that one becomes all aspects of a situation, letting go of who we think we are. You become everyone. Your sense of personal identity is displaced by all the elements of Auschwitz-Birkenau, causing the distinction between self, victim, and perpetrator to vanish.

So last November, I joined 70 other participants, who varied in religious affiliation, nationality, and age. Some were descendants of victims, some of perpetrators. Some were clear about their intentions, others not. Some were first-timers, while others had come for several years, each time experiencing deeper dimensions of letting go.

The program began with a museum-style tour of Auschwitz, which I found emotionally confronting, but manageable. We spent the remaining four days at the end of the railroad line, in the vastness of the Birkenau killing field.

For 30-40 minutes, two or three times each day, our group sat in silence or took turns reading the names of victims. In this way, we connected with the countless souls who may forever inhabit this place.

Day by day, the moments of overwhelming sadness passed, leaving me too empty and exhausted to hate.

On our final day at Birkenau, I realized that once you enter this realm and allow its energy to seep into your awareness, it stakes out a part of your soul that becomes a permanent reference point. It is unexplored, precarious terrain that defies any accepted sense of normalcy. A moral compass is useless; the true north arrow fluctuates wildly. Any attempt to truly comprehend the magnitude of what happened here is futile.

After returning home, I found a larger purpose and began to stop resisting those moments of sadness.

What has become important to me is to find ways to endure the incomprehensibility of the Holocaust, and, most importantly, to act in ways that allow light to shine through the darkness.

I have no formula for this, other than continuing to not know, to bear witness, and to take action.

In doing so, I am comforted and moved by the words of Rabbi Tarfon: "It is not your responsibility to finish the work of perfecting the world, but you are not free to desist from it either." 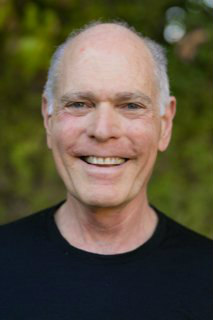 Marty Yura is a yoga and meditation instructor in Atlanta. Integrating his background as a psychologist and executive coach, his practice includes teaching yoga to veterans with PTSD and “Yoga Coaching for Life” programs.