The Roots of Shabbat 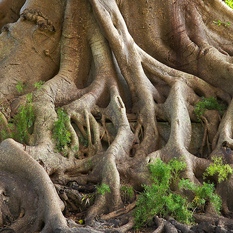 According to traditional Jewish belief, the Sabbath has its origin in God’s divine command to observe the seventh day as a day of rest and sanctification. Scholars, on the other hand, are divided in their opinion concerning the origin of the Sabbath, although they all agree that it was borrowed from another culture. Some scholars contend that its origin is Babylonian. The Babylonians believed that the seventh, fourteenth, twenty-first, and twenty-eighth days of the month (flowing the phases of the moon) were evil days and, therefore, the physician, the oracular priest, and the king ceased all labor on those days. The cessation of work on the day they called Sabattu was based upon fear and had no relation to the biblical concept of the Sabbath as a day of rest, joy, and refreshment of the soul.

Other scholars contend that the Hebrews borrowed the concept from the Canaanites, whose primitive agricultural calendar was based on a seven-day week. The Canaanites regarded the number seven to be evil and unlucky, a potential source of ill fortune to be avoided at all costs. They viewed this final day of the week as one on which evil spirits abounded and, therefore, as a day on which human labor would not prosper.

The ancient Hebrews, however, transformed this negative character of the seventh day into one of joy, refraining from labor because it was a day of gladness of the spirit. None of the scholarly theories explain how and why the Jews, who were supposed to have borrowed the Sabbath from the Canaanites or Babylonians, accomplished this transformation.

Traditionally, Judaism teaches that the Sabbath was unique to ancient Hebrew culture and was not influenced by others. It contends that the Sabbath as a day of rest and joy is our special contribution to the world, a gift from the Jewish people to all humankind.

Many of the Sabbath rituals originated during the period of the Talmud. Elaborating on the Bible’s general and often vague Sabbath prohibitions, the Talmud sought to formalize and thereby protect the observance of Shabbat, listing in detail all acts prohibited on that day. To the thirty-nine types of forbidden labor, which are modeled on the tasks performed by the priests in constructing the Tabernacle (Exodus 31), the rabbis added “fences” designed to minimize the likelihood of violating the Sabbath. For example, since the rabbis interpreted the Bible to prohibit writing on Shabbat, they also outlawed the carrying of a writing implement on the seventh day.

In the process of clarifying biblical law, the rabbis sought to lessen its severity. For example, the Bible states, “You shall kindle no fire in all your habitations on the day of Shabbat.” (Exodus 35:3) A strict interpretation would have prohibited the use of fire or hear in any form for the duration of the Sabbath. The rabbis, however, permitted the use of fire for light or heat so long as it had been kindled before the onset of Shabbat.

These laws, collected in the Talmud, formed the blueprint for Shabbat observance. Elaborating both on what should not be done in violation of the Sabbath and what should be done t enhance it, the Talmud provides laws concerning travel, work, lighting candles, eating, praying, caring for the sick, sexual relations, childbirth, circumcision, and virtually every other aspect of human endeavor that might occur on the Sabbath.