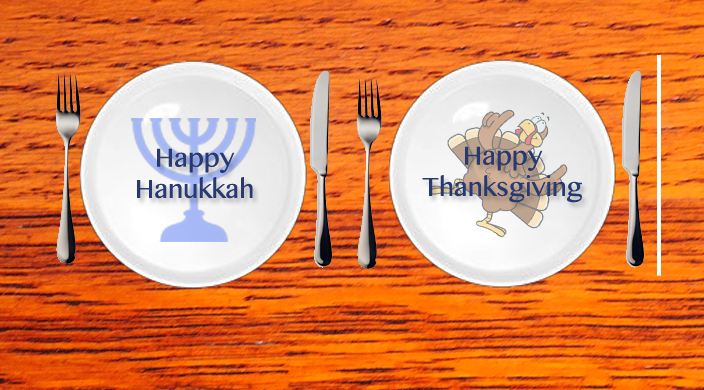 It's already begun: the panicking over cooking for Thanksgiving. If you’ve looked at a Jewish calendar this year or read the myriad articles about the coincidence of millennia, you know why the excitement over Thanksgiving is more extreme this year than others: It coincides with the second night of Hanukkah.

But there’s no need for concern about menu choices or competition between traditional foods for Thanksgiving and the dishes that have previously found their way onto our Hanukkah tables. It's not like hamantaschen have to fight for center stage with pumpkin pie! Standard Hanukkah foods like latkes and bread kugel will easily integrate into traditional Thanksgiving fare – and even more so if you understand the Jewish connection.

If we go back to the origins of Thanksgiving, we see that the Jewish festival of Sukkot was actually a prototype for Thanksgiving. The pilgrims were thankful for the bounty the Indians helped them grow and gather for sustenance, just as our Jewish ancestors gave thanks at the Temple for their successful harvest.

So what's the problem with this year’s menu? The answer: nothing at all! Pumpkins have always been a symbolic addition on Sephardic tables, as their golden color connoted prosperity and their round shape represented never-ending good. Any addition of citrus fruit to a Thanksgiving meal, as in my recipe for Apple Pear Cranberry Relish with Grand Marnier, connects us to the citrus growers in the Mediterranean, who were predominantly Jewish. Because the Sukkot symbol of etrogim were required to be perfect, without blemishes and with their pitim (nubby stamen) intact, merchants from Europe had to travel down to Corfu and Cyprus and southern Italy to purchase their perfect wares. While in the region, they were exposed to lemons and oranges – you know, just like today, when you go into a market, see some unusual produce, and the manager says, "Here, try it, I know you'll like it." That's exactly how Jewish merchants spread the love of oranges throughout Central and Northern Europe.

And how does the traditional bread stuffing? Well, the first form of kugel was actually a bread pudding that was put in a kugeltopf, a small round pot, and placed in the center of a slow-cooking casserole of stew called cholent served in Europe for Shabbat. So bread stuffing is actually quite Jewish!

As I see it, there are only two problems with menu-planning during this hybrid holiday, and neither is insurmountable. The first is determining how to make the standard, time-consuming Thanksgiving dinner while still finding time to make hot, crispy latkes. The second is figuring out how to incorporate Hanukkah recipes into the Thanksgiving meal and deciding which dishes to eliminate. The first question has an easy answer; the second is only difficult because no one wants to eliminate anything!

Thanksgiving dinner is so inextricably linked to memory that, similar to Passover, it can be difficult to change people's expectations about what will appear on the table. As an example, my sample menu contains an unbelievably delicious and easy sweet potato and pumpkin casserole – but if your family is expecting the sweet potato casserole with the marshmallows on top, don’t substitute one for the other! Consider making both instead of doubling or tripling your usual dish, so that your family can have the comfort of the tried-and-true items they love while still being exposed to a new recipe. Who knows: Perhaps the new recipe will become the new staple dish on your table next year!

END_OF_DOCUMENT_TOKEN_TO_BE_REPLACED 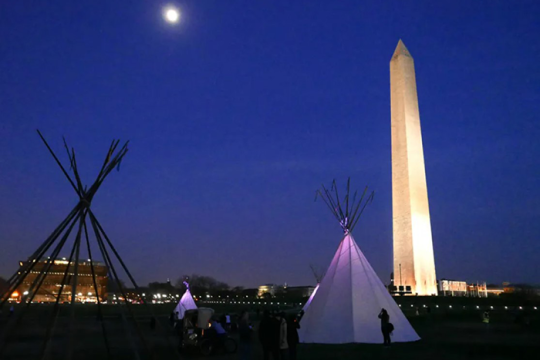