What Does "Next Year in Jerusalem" Really Mean? 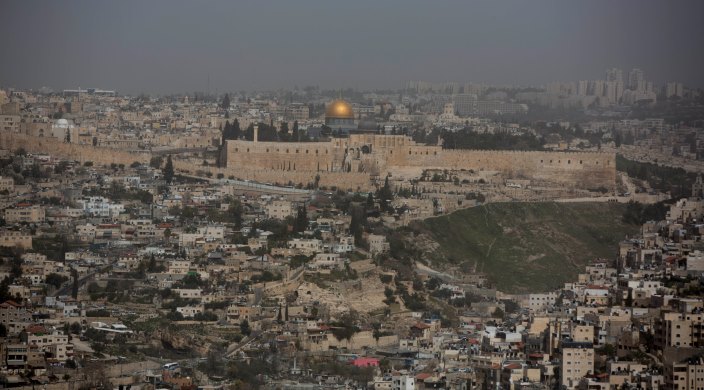 Editor's Note: This piece was originally published on March 17, 2013.

On a recent trip to Jerusalem, my son decided that his favorite color was gold. Whenever he’s asked why, he replies with a wry smile befitting a 5-year-old.

“Jerusalem is the city of gold, of course,” he says.

When we told him our family was moving to Israel this summer, he was quite pleased.

“Ima, will we live there until I’m a grown-up?” he asked.

That’s the idea, we nodded.

While I know what my family will mean when we reach the end of the Passover seder sederסֵדֶר"Order;" ritual dinner that includes the retelling of the story of the Israelite's Exodus from Egypt; plural: sederim. this year and say “Next year in Jerusalem,” for those not making the trek to the Holy Land anytime soon, what do these words mean? Are we being disingenuous? Or, as the rabbis encourage with every other part of the HaggadahHaggadahהַגָּדָהLiterally, “telling.” This is the Jewish text that sets forth the order of the Passover seder. Plural: Haggadot.  , are we expounding, embellishing, interpreting, and reading ourselves into the story of the Exodus from Egypt?

The end of the Haggadah, with the promise to arrive “next year in Jerusalem,” is just as ripe for exploration as the beginning.

I am always struck when Israelis, especially Jerusalemites, say “Next year in Jerusalem” with the same intention as their Diaspora brethren. Jerusalem surely cannot only represent a physical destination. It must represent more: an ideal, a hope, a possibility.

In the language of the Haggadah, the land of Israel and Jerusalem represent the final stage of redemption. When we lift the four cups of wine during the seder, we are giving ritual expression to the four stages that the Jewish people move through, with God as their guide, to reach freedom and leave Egyptian slavery in the dust.

The Torah TorahתּוֹרָהLiterally “instruction” or “teaching.” The first five books of the Hebrew Bible (Genesis, Exodus, Leviticus, Numbers, and Deuteronomy); the handwritten scroll that contains the first five books of the Hebrew Bible. Also called the Pentateuch and The Five Books of Moses. “Torah” is also used to refer to the entire body of Jewish religious teachings and insight.  explains (Exodus 6:6-8), “I [God] will bring you out from under the burdens of Egypt” (cup 1);  “I will deliver you out from their bondage” (cup 2); “I will redeem you with an outstretched arm” (cup 3); and “I will take you to me for a people” (cup 4). But there is a fifth mention of redemption just a few verses later in the narrative: “And I will bring you into the land (of Israel).”

Arriving to the land is the final stage of redemption and corresponds to the Elijah's cupElijah's cupכּוֹס אֵלִיָּהוּA special cup used during the Passover seder to symbolize Elijah, who symbolizes the coming of the Messianic age. , the prophet who is said to be the one who ushers in messianic times. The cup, untouched yet filled with wine to the brim, represents the future ahead, filled with possibilities and promises for peace on earth.

As the late Rabbi David Hartman writes in The Leader's Guide to the Family Participation Haggadah: A Different Night,

"The cup is poured, but not yet drunk. Yet the cup of hope is poured every year. Passover is the night for reckless dreams; for visions about what a human being can be, what society can be, what people can be, what history may become. That is the significance of  'Le'shanah ha'ba'a b'Yerushalayim' [Next year in Jerusalem]."

Now that we are freed from the bondage in Egypt, we are called to embrace our biggest dreams, and our wildest aspirations for ourselves, for Israel and for the world.

Or when we say “Next year in Jerusalem,” are we referring to a more modest endeavor?

There is a Midrash MidrashמִדְרָשׁRabbinic interpretation of a passage from the Bible. Midrash falls into two categories: midrash halachah is concerned with religious practice and law, and midrash aggadah is concerned with interpreting biblical narratives and stories, about the etymology of the word Jerusalem, or Yerushalayim. The Rabbis look at the word Yerusha, which means inheritance, and ayim, which connotes doubling, and understand that there are two Jerusalems – a heavenly one ("Yerushalayim shel ma’alah") and an earthly one ("Yerushalayim shel ma’ata"). While the heavenly Jerusalem might refer to the possibilities of a world redeemed, an earthly one is rooted in the complexities of politics, economics and daily life. It is a place filled with energy, vibrancy and urgency.

In the late poet Yehuda Amichai’s terms, Jerusalem is a place where its inhabitants are  longing for God’s presence. Jerusalem, he writes, is  “saturated with prayers and dreams like the air over industrial cities. It’s hard to breathe.” And according to the Midrash, the earthly Jerusalem is the place where God will arrive even before reaching the heavenly Jerusalem. As the Midrash imagines God saying, "I will not come into the city of Jerusalem that is above until I first come into the city of Jerusalem that is below.”

What does it mean to make earthly Jerusalem a place in which God - whatever God means for us - can enter and reside? Let us create partnerships with Israelis that help let a sense of godliness, justice and love permeate the city. Let us devote more time to learning more about the complexity of life in Israel through travel and research. Let’s partner with Israelis working on the ground to improve society through education, social and economic equality, and religious pluralism. Let’s read more Israeli literature and honor Israeli artists.

Or is Jerusalem a state of mind?

More than physical places, rabbis have noted that Egypt and Jerusalem represent two inner spiritual states. Egypt, or mitzrayim, has at its root “tsar,” or narrowness. Egypt represents the places in which we live in narrow places, where we feel constricted and confined. It is a state in which we are quick to anger, to react, to put our own ego needs before the needs of others.

Jerusalem, on the other hand, has at its root shalem, or “wholeness.” It is the feeling of expansiveness, when the disparate parts of ourselves weave together into a seamless whole.

As the seder winds down and the matzahmatzahמַצָּהUnleavened bread eaten during the seder that symbolizes the hurried departure of the Israelites from Egypt. Eating matzah is obligatory only at the seder. During the rest of Pesach, one may abstain from matzah as long as all chametz is avoided; plural: matzot  crumbs are swept off the table, let the question of “next year” continue to echo - with all its hopes, plans and the self-understandings of where Jerusalem resides for each one of us. 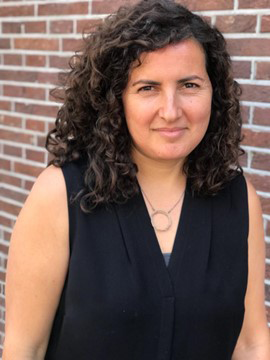 Dasee Berkowitz (she/her) is an Educator and Executive Facilitator who works with leaders of organizations and companies to create the work cultures they want. She can be reached at daseeberkowitz.com.