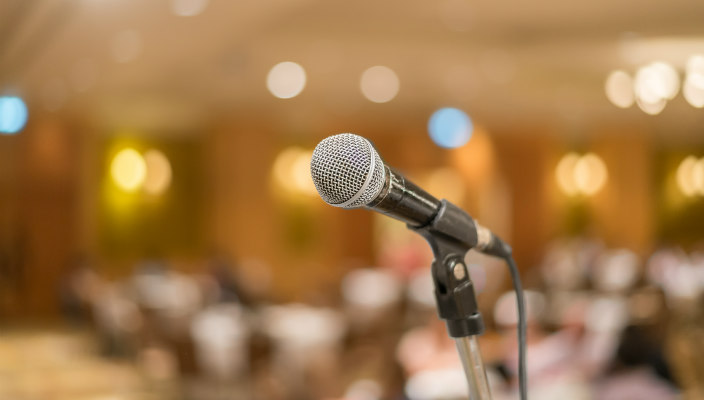 Jews are 2% of the U.S. population. We’re only 0.2% of the world population. And yet approximately 20% of Nobel prize-winners have at least one Jewish parent. Perhaps it’s our culture’s emphasis on education, especially science and medicine.

We’re even more over-represented in comedy.

From the Marx Brothers to the Three Stooges, from George Burns and Sid Caesar to Mel Brooks, and from Woody Allen to Joan Rivers and Jerry Seinfeld, Jews dominate the comedy industry. Even the most famous comedian in France, Gad Elmaleh – who’s also a movie star there – is Jewish.

One third of the comedians on Comedy Central’s “100 Greatest Standups of All Time” have Jewish parents. (I describe them this way because several identify as atheists or of no religion.) In my own experience as a comedian and booker of comedy shows, it’s clear that Jews dominate even the ranks of the less-famous (but equally funny!). Other minority groups including people of color, Hispanics, and gays and lesbians also are over-represented in comedy, but not nearly as much as are Jews. (How could they be? We haven’t left them much room in the pool!)

Why are Jews so funny?

Jesus healeth the sick, I’ve been told. My response? “Jewish doctor – not so uncommon.”

You might suggest that comedy is a defense against oppression: They won’t hit us if we make them laugh. But that doesn’t explain why Jews still dominate comedy in the 21st century, when oppression, though not eliminated entirely, has at least waned somewhat.

If comedy is simply tragedy plus time, we do have the other religions beat. We’ve been around almost 6,000 years. Six thousand years of telling the same old stories. Stories that, for the most part, are about barely escaping oppression. There’re only so many times you can tell the same story before you start adding punchlines. After all, it’s hard to be sad when you’re laughing.

Even the Talmud prizes those who make people laugh:

Rav Beroka of Bei Hozae was often in the market of Bei Lapat. There he would meet Elijah. Once he said to Elijah: “Is there anyone in this market who has earned eternal life?”

They were standing there when two men came along. Elijah said to him: “These men have earned eternal life.”

Rav Beroka went to them and said: “What do you do?”

They replied: “We are jesters, and make the sad to laugh.”

Of course, perhaps we’re just a people prone to exaggeration. I mean, 10 plagues, okay. But 250 plagues? Who wrote this Haggadah?

I would suggest, though, that our skill in comedy comes simply from storytelling. In my own family we’d gather at holidays and talk about whatever had happened since the last time we got together. And the funniest storytellers got the most attention. My brother the doctor may have saved a baby’s life, but if we didn’t know the baby, who cares? My Jewish mother joke made people laugh:

Consider this: A big part of comedy is complaining. Are we as a people known for complaining? I can state my personal experience – if you have a complaint and instead of being annoying you make your listener laugh, you’ve got their appreciation. I can’t count the number of free side dishes, hotel room upgrades, expedited service, and waived fees I’ve gotten simply by making a customer service person laugh.

But enough about lost luggage. Let’s get back to my family.

Doctor, schmoctor. My brother touches icky sick people for a living. I get paid to make people laugh – sometimes even with stories about being Jewish. Here’s an example, from my show at New York’s Emelin Theatre:

They can’t get any traction making fun of us if we’re one step ahead of them, making fun of ourselves. And the ability to laugh at yourself is the greatest gift of all. That and free pizza.

Which I also get, when I make the pizza guy laugh. 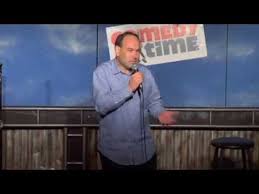 Shaun Eli Breidbart is a stand-up comedian and the executive director of The Ivy League of Comedy, whose comedians perform in theatres and performing arts centers, at corporate and charity events, and less-expensively for synagogues and other Jewish organizations. (No, he’s not related to the Breitbart of Breitbart News. Please stop asking.) Visit his website to learn more.