When Your Family Is in Need, You Show Up 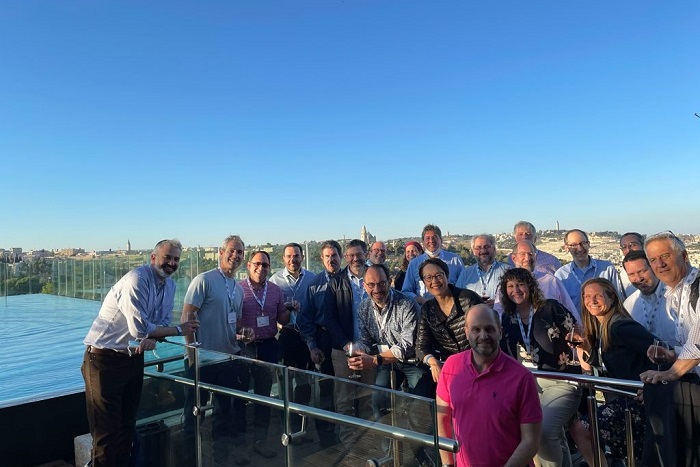 I thought the email was spam. “We are putting a small group of New York area rabbis together to go to Israel for a few days to show solidarity. Please send your passport number, date of birth, and confirmation of your vaccination status by noon.” I called my friend at UJA/Federation of New York. “Is this for real?” “Yes,” she said. “Ok, I’ll call you right back.”

I called my wife and our temple president. “Go,” my wife said. “Be careful,” said our temple president. I never needed to be persuaded to go to Israel, but after 14 months of staying in place, a degree of inertia had set in. I needed a push. Thankfully, I have a supportive family and congregation. Israel may not be where I live, but it is where I belong at times like this.

The next morning I got a PCR test and cleared my calendar for the next two and a half days. The trip would include meeting with journalists, members of the Knesset, and a Palestinian resident of the Old City. We would be visiting places in Israel that had been bombed by Hamas, centers that help Israelis learn resilience and coping skills to deal with trauma, and organizations that strive for Arab-Jewish coexistence.

This trip would be like no other at a time like no other. It would be an opportunity to try to make sense of the conflicting narratives swirling around this sliver of land that holds many of our hearts, to hear stories first hand instead of filtered through the press, and just to be present as an act of solidarity.

Upon landing in Israel, we received another PCR test and a serological test after boarding the bus. This is how Israel, whose response to the pandemic has been the envy of many nations, is opening up to tourism while protecting the health of its citizens. We learned that we were only the second or third tour group allowed to enter Israel since March 12, 2020. What an honor!

Why did I choose to come to Israel now?

I came because of the Jewish value of mishpachah, of family. When your family needs you, you show up. We are one people, one Jewish family. At times like this you remember that you are part of something much larger.

I came to remind myself that amidst the violence and hate-filled rhetoric, there are Israeli Jews and Israeli Arabs who are working hard to build bridges of co-existence. I wanted to witness this first hand and to share those stories.

I came to Israel to give her a hug, to say publicly - amidst the moral discourse of these past weeks - you matter, more now than ever. The feeling was reciprocal. Time and time again, the people we met said, “Thank you for being here. You can’t understand how significant this is.”

I came because, when it feels like so much of the world stands against you, we rabbis representing the New York Jewish community, can say, “We love you. You are not alone.”

I came because traveling as a group of Reform, Conservative and Orthodox rabbis - including Reform colleagues -- Rabbis Angela Buchdahl, Debbie Bravo and Meir Feldman -- we can say that no matter how we approach Judaism, Israel is central in our lives and we are stronger together.

Finally, I came because it is too easy to fall into the trap of seeing a complex and nuanced situation in simplistic terms --as right vs. wrong, good vs. evil. As F. Scott Fitzgerald said, “The test of a first-rate intelligence is the ability to hold two opposed ideas in the mind at the same time, and still retain the ability to function.”

When it comes to Israel these days, it’s too easy to focus on either/or instead of both/and. Yet, like our Talmudic forebears who took an approach of Eilu v’Eilu, that two views can both be right, I hope I will be able to hold opposing opinions in my mind while challenging the “Israel right or wrong” narrative with which I was raised and that still informs much of my thinking. . We need to support Israel while at the same time asking tough questions or, as The Jewish Agency calls it, “hugging and wrestling.” This is what Jews have always done.

Let us continue to pray for the peace of Jerusalem and to work for a better and more hopeful future. 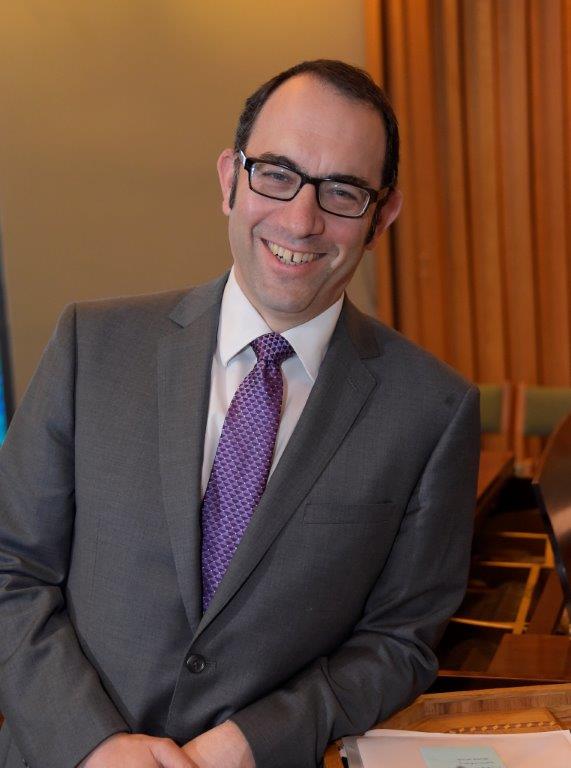