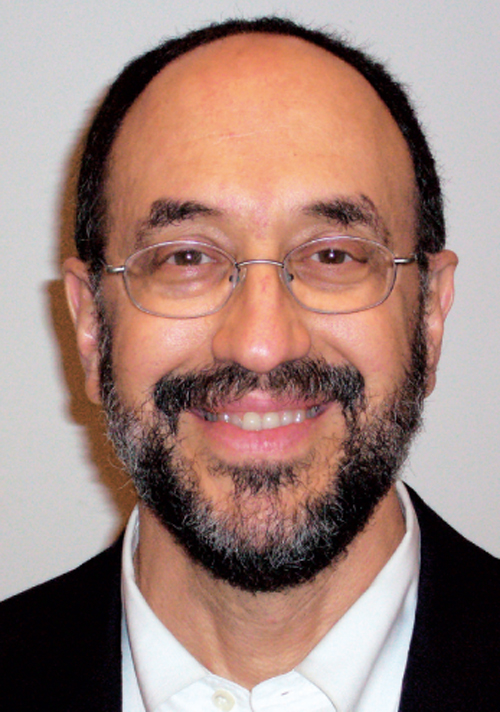 I remember very distinctly when I first heard the term Musar. One late night in December 2003 I opened an email titled "Musar for Moderns" by Rav Elykim Krumbein and had a subheading: "Shiur #11-Rav Yisrael Salanter's Technique (Part 1)." I didn't know what Musar was and had never heard of Ravs Krumbein and Salanter. Were they long-dead masters from ancient times, more recently dead masters from Eastern European Jewry, or modern scholars?

From the email I learned that Salanter, a 19th-century Lithuanian rabbi, had founded the modern Musar movement, and that Musar addressed the problem of bridging the gap that often exists between what we know and what we do. This in itself caught my attention. We all know that smart people can do stupid and sometimes evil things. Personally, I was aware of a disparity that sometimes existed between what I knew, what I wanted, and what I did.

Like many who came of age during the Vietnam War, I saw the key to personal and political freedom as arising from knowledge. Study human behavior and history and you can avoid the mistakes of the past. Focus that study on your family and you can avoid being like your parents--that's freedom. Knowledge will beget understanding, which will beget clarity of vision and lead to clear-headedness, happiness, love, and productivity. Yet, experience proved otherwise. My accumulation of more information did not necessarily lead to more successful and satisfying actions.

Enter Rav Krumbein-a modern scholar it turns out, and alive and well-who described the goal of Rav Salanter's Musar technique as "the assimilation of conclusions arrived at intellectually into the total personality, thus influencing conduct." Musar practice addressed the all-important issue of how one moved from "knowing what to do" to acting consistently with that knowledge.

Assuming someone in New York must be involved in Musar, I "Googled" "Musar New York City" and found that Rabbi Ruth Gais ran a Musar study group. Calling her, I discovered that she lived in New Jersey (drats!), but also ran the adult education center at the Hebrew Union College-Jewish Institute of Religion in Manhattan; and, as luck would have it, Alan Morinis, who had recently written a book on Musar, was going to be giving a talk there in about a month.

What I remember most about Alan's talk was his handing out several pages from a book called Duties of the Heart, written a thousand years ago by the Spanish Jewish philosopher Rabbi Bachya Ibn Pakuda. We discussed the irony of the book's title: how we tend to perceive actions coming from the heart as real and genuine, and those in response to a sense of duty as less so. Nothing in my suburban Reform Jewish background had made me feel otherwise. Duty to me was the unpleasantness of having to mow the lawn or attend Hebrew school. At first the Pakuda passages urged the importance of an intellectual approach to Torah study, but then abruptly switched gears and argued that true Torah learning could be accomplished only by engaging the emotions. I was hooked.

A few months after the HUC-JIR talk I enrolled in an online Musar course and began studying the parameters of various middot (attributes, singular middah) such as humility, patience, anger, generosity, and forgiveness-concepts most people assumed they understood and could easily describe as either good or bad: humility="good," anger="bad," generosity="good." The course began with humility, and the good/bad dichotomy quickly became irrelevant. Middot were not good or bad per se. There might be a time for anger, and one could be too patient or even overly generous. From the perspective of Musar, for example, humility did not imply meekness, passivity, or even a certain reserve, but rather consideration of the proper space we take up in the world. Do we leave enough space for others? Do we assert ourselves enough or too much?

The Torah describes Moses as the most humble of men. If so, then humility certainly did not mean staying in the background. Yet, at the burning bush Moses did all he could to avoid God's call. If he could progress from one who felt most comfortable tending his father-in-law's sheep to one who could confront Pharaoh and lead thousands out of bondage, clearly humility was not a static concept. What did that say for people in general, and for me personally? Were there things I shied away from that I should have embraced? Were there times I tried to impose myself when I shouldn't have?

My initial forays into Musar were enormously enlightening. The process seemed fast at first, and exhilarating. Each middah revealed new possibilities for personal liberation from habitual self-defeating behaviors-misplaced anger, unnecessary impatience, complaints about what I didn't have, failure to acknowledge and be grateful for what I did have. Freedom seemed within sight-a clear sign, I would later realize, that my work had just begun. Initial euphoria always fades. Actions taken with well-intended, wholehearted enthusiasm collide with reality. As I considered the parameters of each middah, I bumped up against years of ingrained habits and internal notions of what was right and wrong.

About two years after beginning Musar practice, I joined a Torah study group at my synagogue, Beth Elohim in Brooklyn, New York, and began to see both Torah and Musar work as parts of a similar process, that of moving along a continuum from slavery to freedom. The Jewish people sing and dance after they cross the Reed Sea, then quickly return to their grumblings about having left Egypt. Leaving behind the past and reworking ourselves takes time, and work.

One pitfall I found in my Musar practice was the tendency to think I was always falling short, which of course I was. The middot cannot be perfected. None of us ever reach that level, and while Musar practice opens up new avenues for growth, it inevitably holds up a mirror to one's faults.

For some time I practiced the middot within a va'ad, or group setting, but it became increasingly difficult for us all to make time to meet. I continued on my own, occasionally finding others who shared my interests, but knew I needed an ongoing arrangement with more personal contacts. The best way to add vigor to my practice, I realized, was to expand the horizons of my own humility and start a local group. With support from my synagogue's education committee, I gave a four-week Musar course starting in October 2006. When the course finished, several people wanted to continue, and since then we have become a steady biweekly group of about a dozen people.

My Musar practice remains imperfect. As is the case with many in our group, I have difficulty keeping a regular journal, though I do keep an irregular one, writing at least something several times a week. Sometimes it may be two sentences. Occasionally the two sentences blossom into a paragraph. I've noticed that my ah-ha moments, to the extent there are any, come when I write, so at least for me, the writing is critical. As words appear on the screen they generate unexpected ideas or insights, revealing how I behaved in a certain manner and could have behaved differently, or how others behaved. Writing forces the intellect to take stock and question the behavior. Sometimes I write and realize, "I didn't know that. I could have handled this differently." When making notes about frugality I was struck by how it relates not just to money, but to how we handle time as well. Both are finite and can be wasted. In studying patience, I met the resistance of the New York City subway system. Slowly, over time, I have become more tolerant of the inevitable delays, recognizing my freedom of choice: give in to my impatience and fume, or give myself more time for the trip and have the requisite reading material readily at hand.

Ephraim Becker, a clinical psychologist who runs a Musar-based family therapy practice in Israel, once said that to practice Musar one must be a hypocrite, meaning we must be willing to act in a way that makes us feel estranged from our familiar selves, our lifetimes of habitual thoughts and behaviors. If in the past anger felt like the only appropriate response, hold back from it, and see what happens. When in the past speaking out would have been automatic, try silence, and see what happens. Or the opposite. Only when we try to act differently can we begin to understand what impedes our ability to change our habits and learn new ways to respond.

Has it "worked?" I like to think I'm a bit more patient, less prone to anger, willing to take on new responsibilities, and slightly more forgiving toward myself and others. My Musar practice has also made me more reflective, more spiritually aware, and more grateful for what I have.

We are all to some extent slaves to our upbringing, genetic make-up, and prior decisions. Musar cannot undo those aspects of our lives. But I have found that it provides a structure and focus for changing and refining my conduct in small ways so that over time I may become a better person. To me it is applied Torah.

Gary Shaffer is Assistant Commissioner of Regulatory Policy and Enforcement at the New York City Department of Buildings and a member of Congregation Beth Elohim in Brooklyn, New York, where he now leads a Musar group.