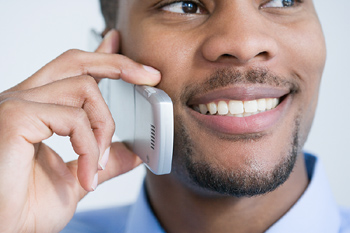 A Camera You Can Swallow: Doctors in 60+ countries use the PillCam, a smooth capsule the size of a pill that patients can swallow, to determine best treatment protocols. Developed by Given Imaging, its miniature camera takes 50,000+ images inside the body over an eight-hour period.

Smart Hospital Bed: Hospitals and nursing homes around the globe utilize Smart Beds, created by EarlySense, a health monitoring device the size of a heating pad that is placed under a mattress to monitor heart rate, breathing, and body movements.

Israeli Tourniquet: The Emergency Bandage, invented by an Israeli military medic, Bernard Bar-Natan, applies pressure to a wound and can be used as a tourniquet in cases of severe bleeding. The bandage is so easy to use, an injured person can apply it with one hand.

Stand Up and Walk Again: Some people who would otherwise be confined to a wheelchair can stand, walk, and climb stairs as a result of ReWalk, a light brace support suit containing motion sensors and small motors worn over clothes, developed by Argo Medical Technologies.

I Seek You-ICQ: In 1996 Mirabilis created ICQ, the first instant messaging computer program. When America Online bought Mirabilis and its ICQ program for $470 million to develop its popular instant messaging system AIM, it was then the highest price ever paid to purchase Israeli technology. Today, with 100 million+ users, ICQ is available for all Mac, Windows, and Linux computer operating systems, as well as iPhone, Android, Symbian, and Blackberry devices.

Helping the Blind: Project RAY developed a series of cell phone apps helping blind people to become more independent, such as an app to find their destination while walking down the street, and another app to make sure the right medication is taken when needed.

Cell Phone Photos: TransChip made taking pictures with cell phones possible by developing the first high-resolution camera to fit on a single electronic chip for use in cellular phones.

Exploring Mars: Because of mathematical calculations developed at the Technion in Haifa, NASA Opportunity and Spirit rovers were able to run on Mars using solar power and send pictures back to Earth. Both rovers found signs suggesting that water, and possibly a form of life, existed on Mars in the distant past.

Growing Plants-Drip by Drip: Drip irrigation, an Israeli invention, releases a controlled amount of water through plastic perforated pipes near the roots of plants, enabling each plant to receive the right amount of water for its growth. This method conserves water and makes farming possible in arid regions worldwide.

World Leader in Water Recycling: As the world's leader in water recycling, Israel recycles 75% of its waste water and sewage. Spain, in a distant second place, recycles only 12% of its water. As of 2012, 100% of sewage from the Tel Aviv metropolitan area is treated and reused for watering fields and public parks.

Better Place for Cleaner Air: Better Place, the brainchild of Israeli Shai Agassi, created a revolutionary all-electric car transport system designed to make Israel oil independent by 2020. At charging stations in Israel and elsewhere, electric cars can switch batteries in about five minutes, less time than it takes to fill up a gas tank.

This article has been adapted with permission from Israel: Repairing the World by Rabbi Stephen Wise (Shaarei-Beth El Congregation, Oakville, ON), Matovu Productions.