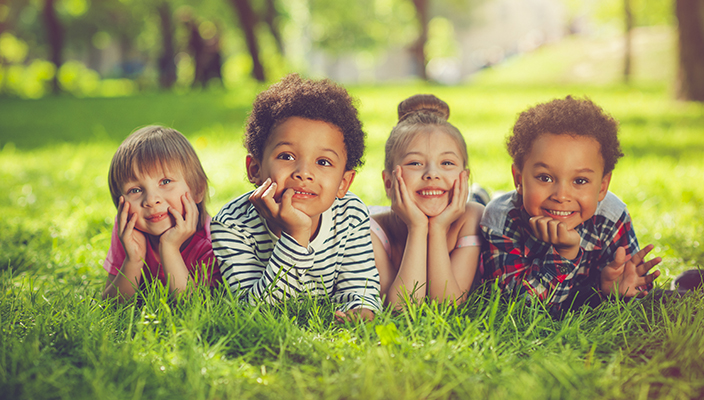 At the heart of Reform Jewish text and tradition is our commitment to equality for all people, from our historical commitment to and participation in the civil rights movement to our continued dedication to learning about power and privilege and combatting structural and systemic racism today.

The Religious Action Center of Reform Judaism’s racial justice work focuses on equity in a variety of institutions, including education, criminal justice, reproductive rights and access to health care, affordable housing, and many other areas of society. Use this resource to spark conversation about the importance of racial justice in your family’s Passover seder, and visit our racial justice issue page to further your learning and action.

THE WISE CHILD ASKS: WHAT ARE THE STATUTES AND LAWS IN OUR COUNTRY THAT PROTECT INDIVIDUALS FROM DISCRIMINATION BASED ON RACE? What laws are needed that do not YET exist?

You can respond by referencing some of the most important pieces of legislation aimed at addressing racial injustice in the United States, including the Civil Rights Act of 1964 and the Voting Rights Act of 1965. You should note that these laws were won through the efforts of individuals committed to social change, including many Reform Jews, and that the various protections they provide are critical to combatting discrimination on the basis of race.

At the same time, you should remind this child that the protections we already have are imperfect and, in many cases, are coming under attack. It is our responsibility as Reform Jews to fight against the erosion of existing civil rights laws and to advocate for reforms in education, criminal justice, voting rights, economic policies and more that advance true racial equality.

THE WICKED CHILD ASKS: WHY MUST I BE INVOLVED IN PURSUING RACIAL JUSTICE?

In asking this question, the wicked child has denied a basic principle of Judaism: that we have a collective responsibility to address injustice, even when we are not directly affected by that injustice or might benefit from it because of our own privilege. You should teach this child that it is for the sake of everyone that we advocate for racial justice.

In protecting voting rights, improving access to education and calling for sensible criminal justice and law enforcement reforms, we affirm the fundamental Jewish belief that all people are created b’tzelem Elohim, in the Divine image, and thus are deserving of equal rights.

THE SIMPLE CHILD ASKS: “WHAT DO WE EVEN MEAN BY RACIAL JUSTICE?”

You can tell this child that racial justice is the pursuit of equality for all people. You should further explain that racial injustice can take many forms, from explicitly racist comments to laws and institutions that perpetuate racial inequalities.

With a firm hand, we as Reform Jews must protect every single person’s civil rights, ensuring that no individual is excluded from the benefits of society or suffers under discriminatory laws and actions solely because of race or ethnicity.

We must also consider the ways in which we are ourselves complicit in perpetuating racial injustice and work to build communities and congregations that reflect our commitment to equality.

AND THE CHILD WHO DOES NOT KNOW HOW TO ASK:

To respond to the child who is too overwhelmed to ask a question, you can start at the beginning, telling the child that we are not required to complete the work of racial justice, but neither are we free to desist from it.

There are many ways that we can play a positive role in the campaign for racial justice. We can help make racial justice a priority in our own synagogues by learning about and embracing Jewish racial diversity and by learning together about structural racism. We can build relationships that enable us to understand Jewish diversity, in all its ways, as an essential and vital ingredient to our communities. And we can initiate or participate in community, state and national efforts to advocate for civil rights laws.

In all of these ways, we honor the legacy of so many of our Jewish forebears, who in previous generations participated in acts of civil disobedience, marched arm-in-arm in support of equal rights, and traveled to register voters – while at the same time ensuring that future generations are granted an America in which our vision of racial justice is truly realized.

For those of us who are white Jews, the deep, sacred work of looking within ourselves and our communities to better understand how we can be both oppressed and simultaneously oppress others is essential. This spring clergy are invited to participate in this sacred work.