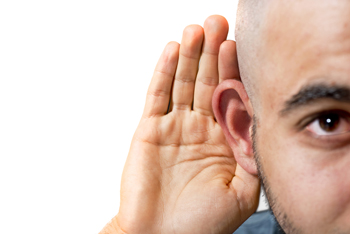 Let the earth hear the words I utter!

2] May my discourse come down as the rain,

My speech distill as the dew,

3] For the name of the Eternal I proclaim;

Give glory to our God!

4] The Rock!—whose deeds are perfect,

Yea, all God’s ways are just;

Their baseness has played God false.

6] Do you thus requite the Eternal,

Is not this the Father who created you—

Fashioned you and made you endure!

7] Remember the days of old,

Consider the years of ages past;

Ask your parent, who will inform you,

Your elders, who will tell you:

8] When the Most High gave nations their homes

And set the divisions of humanity,

[God] fixed the boundaries of peoples

In relation to Israel’s numbers.

9] For the Eternal’s portion is this people;

In an empty howling waste.

[God] engirded them, watched over them,

Guarded them as the pupil of God’s eye.

Gliding down to its young,

So did [God] spread wings and take them,

Bear them along on pinions;

12] The Eternal alone did guide them,

No alien god alongside.

To feast on the yield of the earth;

Nursing them with honey from the crag,

And oil from the flinty rock,

With the best of lambs,

And rams of Bashan, and he-goats;

With the very finest wheat—

And foaming grape-blood was your drink.

15] So Jeshurun grew fat and kicked—

You grew fat and gross and coarse—

They forsook the God who made them

And spurned the Rock of their support.

16] They incensed [God] with alien things,

17] They sacrificed to demons, no-gods,

Gods they had never known,

New ones, who came but lately,

Who stirred not your forebears’ fears.

18] You neglected the Rock who begot you,

Forgot the God who labored to bring you forth.

19] The Eternal saw and was vexed

And spurned these sons and daughters.

And see how they fare in the end.

For they are a treacherous breed,

Children with no loyalty in them.

21] They incensed Me with no-gods,

Vexed Me with their futilities;

I’ll incense them with a no-folk,

Vex them with a nation of fools.

22] For a fire has flared in My wrath

And burned to the bottom of Sheol,

Has consumed the earth and its increase,

Eaten down to the base of the hills.

23] I will sweep misfortunes on them,

Use up My arrows on them:

Will I let loose against them,

With venomous creepers in dust.

25] The sword shall deal death without,

As shall the terror within,

To youth and maiden alike,

The suckling as well as the aged.

Made their memory cease among humankind,

And say, “Our own hand has prevailed;

None of this was wrought by the Eternal!”

Lacking in all discernment.

29] Were they wise, they would think upon this,

Gain insight into their future:

30] “How could one have routed a thousand,

Unless their Rock had sold them,

The Eternal had given them up?”

In our enemies’ own estimation.

From the vineyards of Gomorrah;

The grapes for them are poison,

A bitter growth their clusters.

The pitiless poison of vipers.

Sealed up in My storehouses,

35] To be My vengeance and recompense,

At the time that their foot falters.

Yea, their day of disaster is near,

And destiny rushes upon them.

36] For the Eternal will vindicate God’s people

And take revenge for God’s servants,

And neither bond nor free is left.

The rock in whom they sought refuge,

38] Who ate the fat of their offerings

And drank their libation wine?

Let them rise up to your help,

And let them be a shield unto you!

There is no god beside Me.

I deal death and give life;

I wounded and I will heal:

None can deliver from My hand.

And say: As I live forever,

41] When I whet My flashing blade

And My hand lays hold on judgment,

Vengeance will I wreak on My foes,

Will I deal to those who reject Me.

42] I will make My arrows drunk with blood—

As My sword devours flesh—

Blood of the slain and the captive

From the long-haired enemy chiefs.

For He’ll avenge the blood of His servants,

Wreak vengeance on His foes,

And cleanse His people’s land.

44] Moses came, together with Hosea son of Nun, and recited all the words of this poem in the hearing of the people.

45] And when Moses finished reciting all these words to all Israel, 46] he said to them: Take to heart all the words with which I have warned you this day. Enjoin them upon your children, that they may observe faithfully all the terms of this Teaching. 47] For this is not a trifling thing for you: it is your very life; through it you shall long endure on the land that you are to possess upon crossing the Jordan.