Torah: The Tree of Life

What is the Torah and why do we study it? Learn more about these ancient stories that touch upon science, history, philosophy, ritual and ethics. 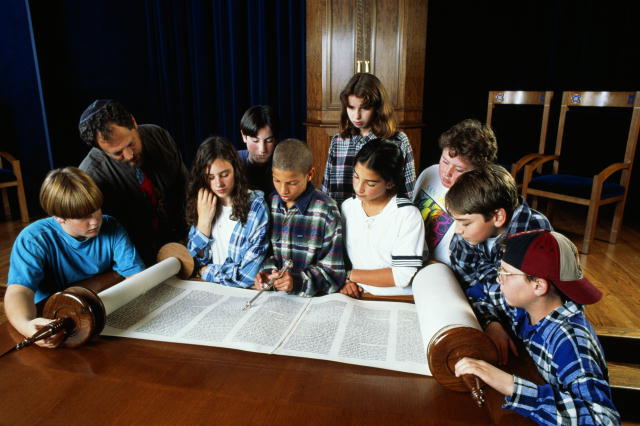 “It is a tree of life to all who grasp it, and whoever holds on to it is happy; its ways are ways of pleasantness, and all it paths are peace. (Proverbs 3:17-18)

In its broadest sense, Torah is sometimes used to refer to the vast library of Jewish text. More specifically Torah usually refers to the Pentateuch, the first five books of the Hebrew Bible – Genesis, Exodus, Leviticus, Numbers, and Deuteronomy.  These books make up the story of the Jewish people. These ancient stories touch upon science, history, philosophy, ritual and ethics. Included are stories of individuals, families, wars, slavery and more.  Virtually no subject was taboo for Torah. Running through these stories is the unique lens through which the Jewish people would come to view their world and their God.

We cannot talk about Torah without saying something about revelation. By revelation, we mean ways in which God is revealed to people. The basic underlying difference between the Orthodox and non-orthodox approaches to Judaism hinges on this very issue. The Orthodox view is that everything in the Torah (both the material in the Five Books of Moses and the ancient rabbis’ interpretations of that material) was revealed directly by God. The non-Orthodox view is that the Torah contains the understanding of many people about God. It evolved over a long period and was written by numerous individuals. Some like to say that these individuals were divinely inspired. Some rabbinic scholars speak in terms of “progressive revelation” (the idea that God is revealed differently in every age); other scholars teach that Torah contains the words of God rather than is the word of God.

Throughout most of Jewish history, the Torah functioned as “the law” for Jews. Its commandments and the interpretation of them regulated both Jewish personal and communal life. The calendar was set according to the festivals and sacred holy days prescribed by the Torah. Regulations concerning public safety, diet, marriage, divorce and the rearing of children were all found in the Torah. An interpretation of diagnosing an illness may have worked thousands of years ago but would not in today’s scientifically advanced world.  Laws regarding divorce that may have made sense for Jews living in seventeenth-century Europe may not apply as well today.

In order to accommodate such changing needs and circumstances, Jews created a process of interpreting Torah that continues to this day. Explanations and interpretations were collected and formed the Midrash Agadah (literary and moral explanations) and Midrash Halachah (legal explanations). Many of these make up the Talmud. After the completion of the Talmud rabbis such as Maimonides, Rashi, Abraham ibn Ezra and Abravanel – to name just a few – continued to process of interpreting Torah.

Every generation of Jews has had its commentators. Today discoveries in archeology, comparative religion, and linguistic analysis contribute to our understanding of Torah. For most of history, women’s voices were absent from the interpretation of Torah. However, for the last generation, women have been contributing to this wonderful process and have added a unique and much needed understanding of our sacred text.

How We Read Torah

The Torah is divided into fifty-four sections, each one called a sidrah or parasha. Each week, on Shabbat another portion is read (some weeks have a double portion).  In most Reform synagogues, a portion of the sidrah is read. On Festivals, Reform congregations read from the portions traditionally assigned to those holidays. In addition, a selection from the Prophets or Writings is read each week. Known as the Haftarah, this reading is selected to relate to the text of the Torah portion. In most synagogues, the Torah and Haftarah portions are chanted.

Most synagogues have at least one Torah scroll, from which the Torah is read during worship services.  It is handwritten on parchment made from the specially treated of skin of a kosher animal, and the letters are inscribed with a quill pen by a specially trained scribe called a sofer.

The cycle of Torah reading is completed within one year. On the holiday of Simchat Torah, the last and first verses of Torah are read as the cycle continues. This is a joyous observance, often accompanied by dancing and music.

For the Jewish people, the study of Torah never ends. Each year, as we read the sacred text again, it can be as if we are reading it for the first time. Each encounter with sacred text offers the possibility of new meanings. The Reform Movement has published a number of editions of the Torah, with contemporary commentary.  Many Reform synagogues have ongoing Torah study groups. Some meet during the week over lunch, while others convene on Shabbat morning. Some rabbis lead Torah study in business offices and others in coffee shops. A Reform synagogue near you may have a Torah study group. No experience is necessary and newcomers are always welcome.

A first-century CE teacher, Ben Bag Bag, taught his students, “Turn the Torah, and turn it again, for everything you want to know is found within it.” (Avot 5:25) The study of Torah can be both an intellectual adventure and a spiritual journey. The many meanings of Torah offer the potential to add greatly to one’s life.