Stories We Tell: A Blank Letter

Is there someone in your life with whom you can share a thousand words without saying anything at all? Has there been a time, maybe in recent weeks, when all you needed was someone to just “be there” for you, or when someone needed you to just “be there” for them? This week, we hear a story from Rabbi Sari Laufer, director of congregational engagement at Stephen Wise Temple (Los Angeles, CA) about two friends separated by distance but closely connected in ways only they can understand.

[URJ Intro] Welcome back to Stories We Tell, a podcast presented by ReformJudaism.org. Judaism has always had a deep and rich tradition of passing our stories down from one generation to the next. And we continue on with that tradition by sharing a story here each week for you. This week, we're going to hear a story from Rabbi Sari Laufer, the director of congregational engagement at Stephen Wise temple in Los Angeles, California. She's going to share the story of "A Blank Letter."

[Rabbi Sari Laufer] Josh and Sarah were the kind of friends who did everything together. They studied together, shared inside jokes, celebrated holidays and family milestones together. One day, though, Sarah told Josh that she was moving away. And before cars and cell phones, email and Instagram, she might as well have been moving to the other side of the world even though it was only a few towns away.

Wanting to stay connected, they promised that they would write each other letters weekly. And they found a messenger willing to carry it from one town to the other. So each week, Josh would sit down and write his message to Sarah. And the messenger would carry it through the woods from town to town until he delivered it to Sarah. Then he would wait for Sarah's response and take that letter back to Josh. And this went on week after week and year after year. They never missed a week.

One afternoon many years in, the messenger was carrying Josh's letter when the curiosity overtook him. He couldn't help himself. And when he was deep in the woods, he sat down and opened Josh's letter. Pulling it slowly out of the envelope, he couldn't wait to see what he had been carrying week after week and year after year.

Much to his surprise, as he opened the letter, it was blank. There were no words on the page. And he was mad. Have I been carrying a blank piece of paper back and forth for all these years? There was nothing he could do, so he folded it back up, put it in the envelope, and brought it to Sarah.

Later, walking back with Sarah's response, he couldn't resist. He sat down in the woods, opening up her letter, hoping he would see something different. But it was blank. When he finally got to Josh's house to deliver Sarah's letter, he knew he had to tell the truth. I know it was wrong, he said, and I'm sorry. But I've been doing this for so long, and my curiosity got the best of me. But now I feel like you've been wasting my time. So I hope you'll forgive me, but also I have to know. Have you been sending blank letters all this time?

Josh was quiet for a minute. And then he said, I accept your apology. I understand your curiosity. And even though it was wrong, I forgive you. And I want you to know you haven't been wasting your time. What you've been doing all these years is so, so important to us.

So important, the messenger said. I've been carrying blank pieces of paper back and forth. How could that be important? No, no, no, Josh said. Most weeks, I send regular letters. I write about things that happened during the week. I tell a funny story that I know Sarah would like. Sometimes I write about worries or things that I think I could use her advice on. And usually, she does the same. Most weeks, you carried letters with words and thoughts and ideas.

But some weeks, I had nothing to say other than that I'm here and we are still connected. And sometimes, Sarah knew that's all I needed to hear. So sometimes you carried a blank letter. But sometimes those blank letters contained the holiest and most profound words of all.

[URJ Outro] After hearing the story of "Blank Letter," when was there a time that you were just there for someone or maybe a time when someone was just there for you, maybe even within the last few weeks? If you want to share that with us, we'd love to hear about it on social media. And thanks for listening to Stories We Tell.

If you enjoyed this week's story, please subscribe and rate and review us on Apple Podcasts, Google Play, Stitcher, or wherever you get your podcasts. You can always find new episodes every Thursday on ReformJudaism.org. And don't forget to visit ReformJudaism.org to learn a little bit more about Jewish rituals, our culture, our holidays, and more. Stories We Tell is a project of the Union for Reform Judaism, a leading voice in the discussion of modern Jewish life. And until next week, [HEBREW]. 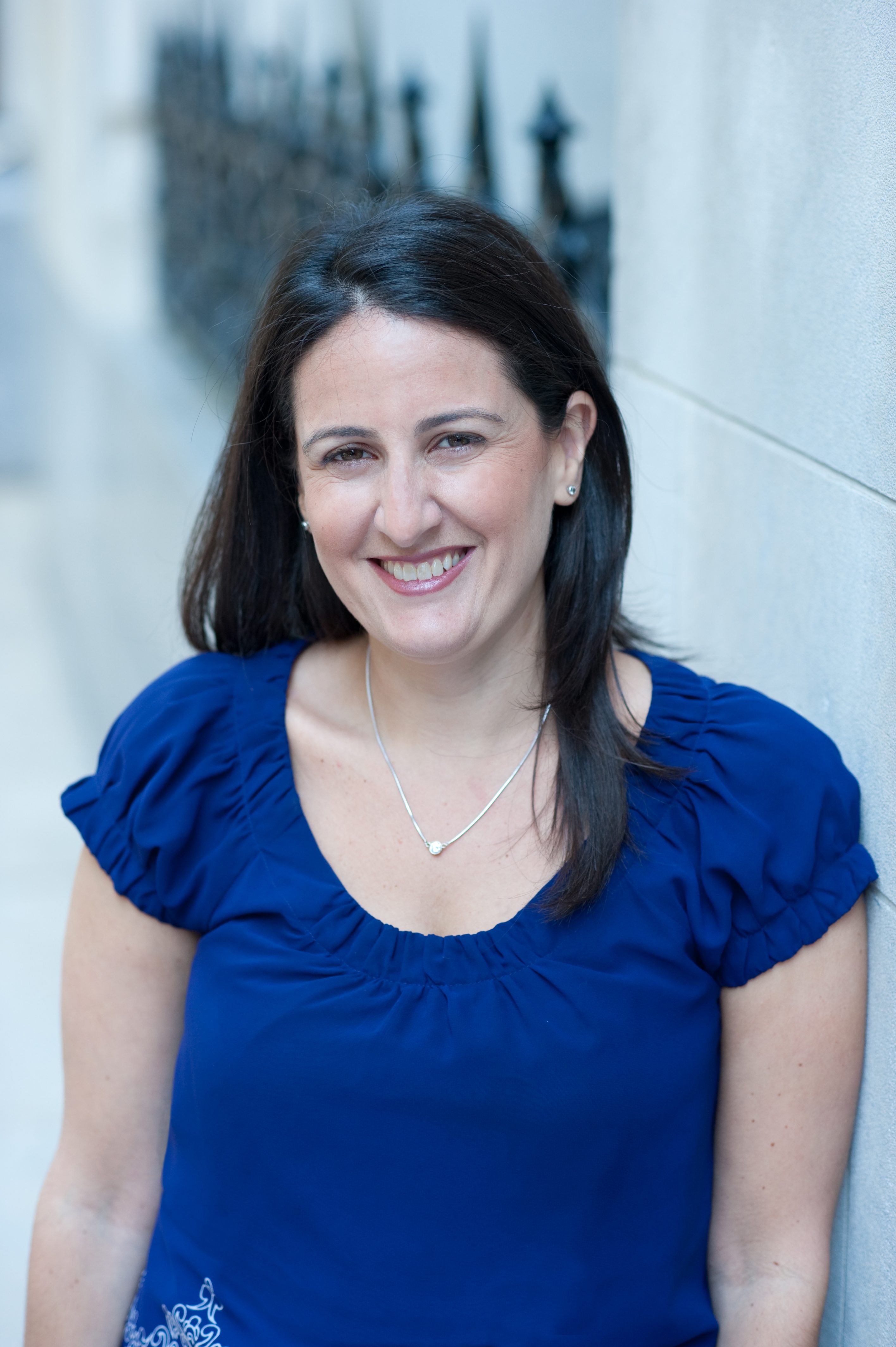 Rabbi Sari Laufer is the director of congregational engagement at Stephen Wise Temple in Los Angeles, CA, and previously served as the associate rabbi at Congregation Rodeph Sholom in New York City. She was ordained by Hebrew Union College-Jewish Institute of Religion, Los Angeles in May 2006. A Wexner Graduate Fellow, Rabbi Laufer was also selected for the PEER program through Synagogue Transformation and Renewal, for the inaugural year of the Rabbinic Fellowship for Visionary Leadership through UJA-Federation of New York, and was a member of the second cohort of CLAL’s Rabbis Without Borders Fellowship. Rabbi Laufer is a sporadic blogger (torahblahnik.blogspot.com), prolific Tweeter (@rabbilaufer), avid SoulCyclist, and aspiring epicure.