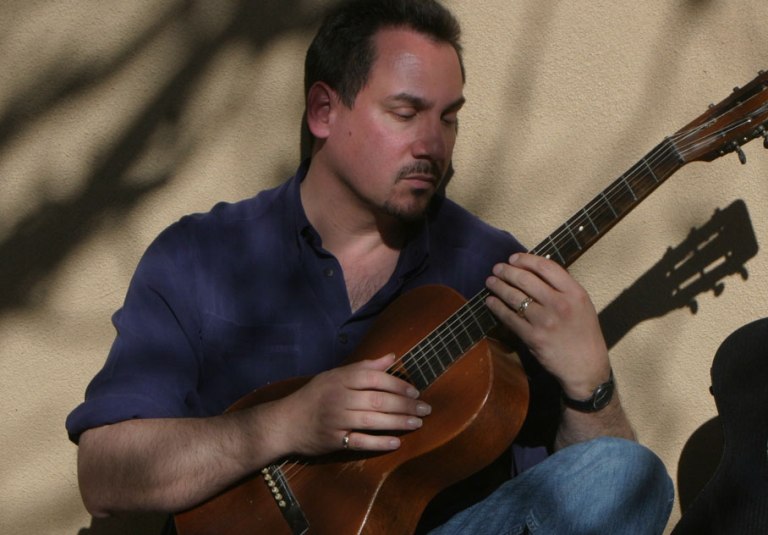 Rabbi Black is thought-provoking and accessible, a rare and wondrous combination. His infectious musical style teaches while entertaining. A Rabbi Joe Black performance is an engrossing experience--an extraordinary and unique extension of the rabbinate.

Joy in the experience of learning. That's a big part of Rabbi Joe Black's approach to contemporary Jewish music. With children, he is energetic, surprising, and dynamic. With adults, his superb musicianship, powerful songwriting and sense of spiritual awareness creates an opportunity for the head and the heart to come together.

Rabbi Joe Black is one of the most popular Jewish contemporary artists in the United States. He has recorded five critically acclaimed albums of Jewish music and has been a featured performer at the Coalition for Alternatives in Jewish Education (CAJE) Conference as well as the Biennial Conventions of the Union for Reform Judaism. He has shared his music with hundreds of Jewish communities around the United States and Canada. He also has been featured in many acoustic music venues around the country. Rabbi Black has been honored as one of the “Top Ten Artists” in both the categories of “Jewish Children’s Music” and “Male, Adult Contemporary Jewish Music” by Moment Magazine and TARA Publications. His recordings have received accolades from sources as diverse as The New York Times, Haddasah Magazine, Parent’s Choice, The American Library Journal and Kids First: The Coalition for Quality Children’s Video. While living in Chicago, he hosted the Emmy award winning television program,The Magic Door on WBBM TV.