The Deep Jewish Legacy of Comic Books and the Superhero Genre 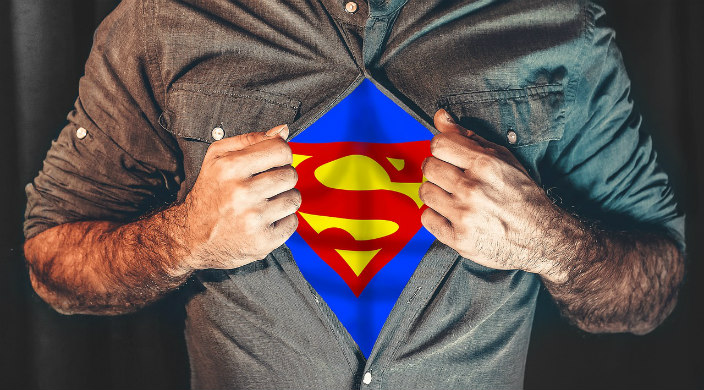 Marvel Studio's blockbuster Avengers series, like so any others, bank on the superhero genre conceived in the early 1930s by two Cleveland Jewish high school students, writer Jerry Siegel and artist Joe Shuster.

Superman actualized the adolescent power fantasies of these two Depression-era kids, who craved a muscle-bound redeemer to liberate them from the social and economic impoverishment of their lives and, in the tradition of the Golem of Prague, to fight anti-Semites.

The narrative is rich in Jewish symbolism. Superman’s parents sent him to Earth in a tiny rocket ship, reminiscent of how baby Moses survived Pharaoh’s decree to kill all Jewish newborn sons. In the context of the 1930s, the story also reflected the Kindertransports – the evacuation to safety of hundreds of Jewish children from Nazi-occupied Europe to lands of the British Commonwealth.

With America’s entry into World War II, Superman, Batman, and other superheroes were pressed into action. “As comic writers,” says Stan Lee (born Stanley Martin Lieber), “we had to have villains in our stories. And once World War II  started, the Nazis gave us the greatest villains in the world to fight against.”

Jewish illustrators and writers entered the emerging comic book field because other areas of commercial illustration were virtually closed to them. “We couldn’t get into newspaper strips or advertising; ad agencies wouldn’t hire a Jew,” explains MAD magazine cartoonist Al Jaffee. “One of the reasons we Jews drifted into the comic book business is that most of the comic book publishers were Jewish. So there was no discrimination there.”

Most of the first-wave comic book artists and writers never emerged from poverty. They were underpaid wage slaves with no rights or royalties; the characters they created were owned and trademarked by the comic book publishers. Even Siegel and Shuster earned a paltry $130 for the first Superman story and had to negotiate for meager financial and creative participation in subsequent Superman strips and spinoffs.

In 1961, Lee was tired of being perceived as being at “the bottom of the cultural totem pole” with little financial promise, so he decided to consider a career change. But before he made his move, his boss called Lee into his office and asked him to come up with a new superhero concept that would outperform DC Comics’ The Justice League of America (which combined the revamped Flash and Green Lantern with mainstays like Superman, Batman, and Wonder Woman to form a team of superheroes). Lee took up the challenge, and what happened next may have saved the comic book industry.

Lee and artist Jack Kirby (born Jacob Kurzberg) unveiled Fantastic Four #1, a new crime-fighting series featuring four heroes who, for the first time in comic book history, exhibited a broad range of human emotions. Readers could empathize with such characters as Benjamin Grimm (who’d been transformed by cosmic rays into a monstrous pile of orange rocks) despite – or, perhaps, because of – their flaws. To his fellow superheroes, Ben could be a hotheaded jerk, but comics fans attributed his distemper to his being trapped in repulsive orange skin and could feel compassion for him.

Like many Marvel characters, the emotionally challenged Ben became a metaphor for Jews and other minority outsiders who faced discrimination because of their skin color or ethnic roots.

The next major breakthrough for Marvel came in September 1963, when Lee and Kirby introduced The X-Men, a superhero team of five men and women born with an extra “mutant” gene that endowed each with a different superpower (telepathy, strength, flight, and the ability to emit deadly optic blasts). From their base at Professor Charles Xavier’s “School for Gifted Youngsters” in Westchester, N.Y., the five set out to fight injustice. The X-Men was a hit among college students active in the civil rights struggle of the 1960s, who may have viewed pacifist Professor X’s battle against the militant mutant Magneto as a metaphor for the divergent ideologies of the non-violent Rev. Dr. Martin Luther King, Jr., and the militant Malcolm X.

The Jews who pioneered this art form, often for little material reward, are superheroes in their own right, for they have created enduring icons of popular culture. And they did so with an eye toward Jewish values.

Stan Lee summed it up like this: “To me you can wrap all of Judaism up in one sentence, and that is, ‘Do unto others.’ All I tried to do in my stories was show that there’s some innate goodness in the human condition. And there’s always going to be evil; we should always be fighting evil.”

Arie Kaplan is the author of a dozen books, including From Krakow to Krypton: Jews and Comic Books and graphic novels Speed Racer: Chronicles of the Racer and The New Kid from Planet Glorf. His children’s books include LEGO Star Wars: Face Off, LEGO Star Wars: The Official Stormtrooper Training Manual, The Jurassic Park Little Golden Book, and Swashbuckling Scoundrels: Pirates in Fact and Fiction. He also writes for television, video games, comic books, and transmedia.