Eating dairy foods instead of meat to celebrate the holiday is the most prevalent Shavuot food association.

My friends call this “killer kugel," though I sometimes joke that it is a poor excuse for a cheesecake. Joan Nathan once ran this recipe in her New York Times column one year, and, as a result, I received many emails thanking me for sharing this recipe.

Rich, creamy, and utterly delicious, a kugel in a 13 × 9-inch baking pan should serve 25 people. However, one reader said she made two kugels for 15 people and almost all of it was gone! 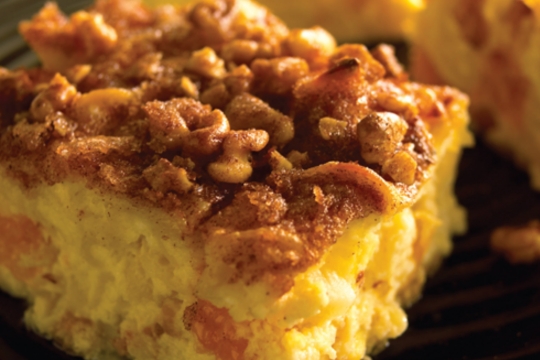