Potato kugel did not become popular until the nineteenth century, when potatoes were grown throughout Europe and Western Russia. By the end of that century, the poor were eating potatoes two or more times a day! However, on Shabbat, even poor Jews found an extra egg, onion, and possibly some pepper to raise the lowly potato to new heights.

When Jewish immigrants came to North America, they brought the poptato recipes they knew and loved with them. Even the popular potato knish of today is a variation of the Shabbat potato kugel brought here over one hundred years ago. 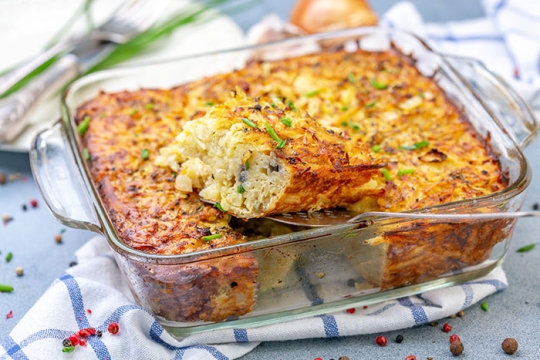