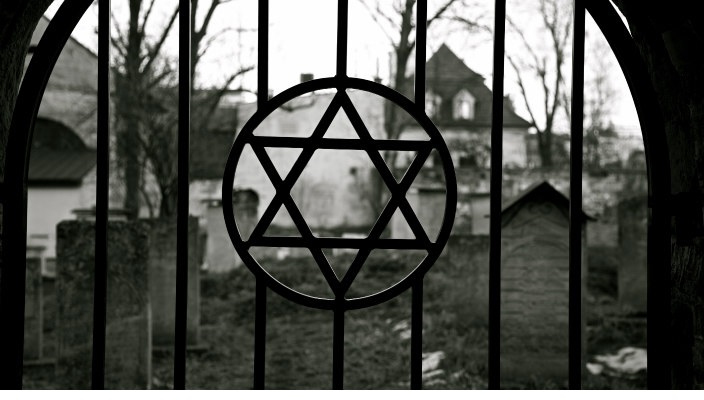 In 2017, the 25th anniversary re-release of Steven Spielberg’s Schindler’s List reignited both criticism and praise for the Oscar-winning film.

A story in the Forward titled “What’s Wrong with ‘Schindler’s List?’ Kind of a Lot” revived the main complaint of the movie’s detractors. It quotes Liel Leibovits, who wrote in Tablet that “the movie, really, is about a Christ-like gentile who saves a horde of hapless Jews who have no agency or resolve of their own.”

Speaking at a 1994 Village Voice symposium, Art Spiegelman, winner of the Pulitzer Prize for his graphic Holocaust memoir Maus, blasted Spielberg for depicting the Jewish characters as “bit players.”

As illuminating as such arguments about artistic characterization might be, they reveal little about historical truth.

For the record, the real Oskar Schindler was no saint, and the 1,200 Jews he saved were not sheep. In fact, in a reversal of roles, during the final days of the war, a group of Schindlerjuden (“Schindler Jews,” as they called themselves) took direct action to save Schindler’s life.

I learned of this episode from Chana Keller Kotlitzky during a 1995 gathering of women (my mother among them) in the Czech Republic town of Volary. We were there to observe the 50th anniversary of their having survived a harrowing five-month Nazi death march.

As Kotlitzy tells it, one day she was approached by a group of liberated Polish Jews, who implored her to help them rescue a German who had shielded them in his nearby factory. If Oskar Schindler were to fall into Soviet hands, they warned, he would most certainly be shot. Kotlitzy brought the matter to the attention of the American soldiers posted in Volary, and she accompanied them by jeep to Schindler’s hiding place. After hearing his story, the GIs brought him under U.S. protection, saving his life.

We probably would never have heard of Oskar Schindler had it not been for the persistence of Paul Page (formerly Leopold Pfefferberg), who told me in a 1993 interview that he was “possessed” by the man who had saved his life in Nazi-occupied Krakow, Poland.

Before leaving Germany in 1947, Page visited his rescuer, the former industrialist who was by then “a pauper.” He and other former Schindlerjuden asked the American Jewish Joint Distribution Committee (JDC) to honor its promise to compensate Schindler for having taken on a risky mission to Hungary to provide them with intelligence about the plight of Jews in Nazi occupied Poland. Schindler received $15,000.

Faced with death threats from right-wing extremists for having betrayed the Nazi cause, Schindler sought to emigrate from Germany, but was unable to obtain a U.S. visa because of his wartime membership in the Nazi Party. Only Argentina agreed to accept him, so in 1950, Oskar and his wife Emilie along with several Schindlerjuden moved there. Schindler paid for all of them from the JDC money. Schindler’s subsequent ventures failed and he was, in Page’s words, “unable to construct a new life.” Curiously, people who are capable of extraordinary feats during times of upheaval, are prone to fail in normal times.

For the next 30 years, Page informed anyone who would listen about the Schindler saga. One day in October 1980, Thomas Keneally walked into Page’s Beverly Hills leather goods shop to purchase a briefcase. When Page learned that he had an Australian author within his grasp, he pitched the story of his rescuer as “a Catholic [who] was no saint, a gambler… war profiteer and womanizer who liked to drink.”

Keneally listened intently, asked if Page could substantiate the story and agreed it was an extraordinary story with great potential. The Australian author nevertheless declined the offer on the grounds that he was not knowledgeable about Jewish suffering during the Holocaust.

“As an Irish Catholic and notable author,” Page insisted, “you will have more credibility, not less, in writing about the Holocaust. You say you don’t know about Jewish suffering. I am very surprised. Irish people have suffered for 400 years, just as we have suffered for 2,000 years. But human suffering is the same whether Jewish or Irish.”

Keneally replied earnestly, “You just commissioned me to write a book for you.”

The British edition, Schindler’s Ark, was published as an historical novel in 1982. It became an international bestseller after winning the Booker Prize, followed by a contract from Universal Studios for a film to be directed by Steven Spielberg.

Oskar Schindler died on October 9, 1974 at the age of 66 in Hildesheim, Germany, Schindlerjuden had his remains transported to Jerusalem for burial in the Catholic cemetery. Inscribed on his gravestone are the words: “The unforgettable rescuer of 1,200 persecuted Jews.”

Schindler’s List premiered in 1993, the same year Yad Vashem honored Oskar and Emilie Schindler as Righteous Among the Nations.