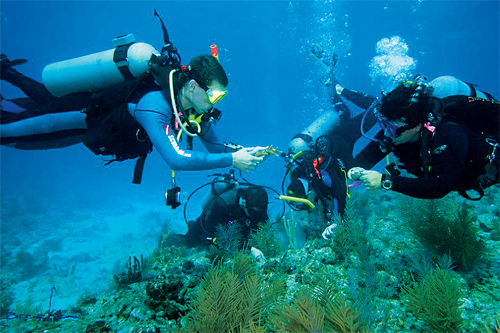 To say that Judaism has been a constant feature in my life is an understatement. I spent eight hours a day in a Jewish day school from kindergarten through graduation, and went to temple every Shabbat. My family was so active in our synagogue, we received its "Family of the Year" award.

For some people, this would have been a comforting situation. But I felt suffocated by years of being told to pray to something I simply had to believe in (or, at the very least, be quiet and not interrupt others in prayer), regardless of the fact that feelings of spirituality were non-existent in me. I didn't believe in any divine force or presence, and never experienced spiritual fulfillment. In Jewish day school, too, I never felt Jewishly connected.

The more Judaism was forced on me, the more I pushed back. I began disagreeing with everything just for the sake of having my own opinion.

A rift formed between my heritage and me that I thought was unbridgeable.

After graduating from high school I traveled the world for a year before settling in to college. I was part of the crew sailing a 90-foot sailboat around the British Virgin Islands, which also doubled as a mobile, floating, scuba-diving intensive, marine science classroom. One evening, while anchored off the Grenada coast, we went on a night dive. This was my first night dive; I was ecstatic. We were handed high-powered flashlights and jumped into the black water. After exploring for a bit, we all kneeled on the ocean floor and turned off our flashlights. What happened next forever changed my life and perspective of the world.

The water was filled with bioluminescent organisms that emitted a glow when disturbed. These organisms can't be seen with the naked eye, but when I ran my hand through the water, they lit up with the most magnificent glow I had ever seen, and left a trail of glimmering light in the wake of my moving hand.

At that moment, everything I had ever perceived about spirituality and a higher being changed. Sixty feet underwater in the pitch-black night, surrounded by glowing microscopic organisms, I felt closer to God than ever before. The beauty and sheer wonder of what was occurring before my eyes made me realize: Even if there is not a God, there is most certainly something greater than myself—something that allows these unbelievable little creatures to exist.

Upon my arrival at Eckerd College in St Petersburg, Florida to study marine biology, I was amazed to learn that its Hillel had the only Jewish scuba club in the nation! I hadn't expected to involve myself with organized Jewish life on campus, but I also hadn't imagined that scuba diving could be a Jewish activity. As it happened, Hillel Rabbi Ed Rosenthal, who initiated the Scubi Jew club, had a passion and love for our underwater world equal to mine. So I accepted his invitation to join the club, soon became a dedicated member, and last year was elected its president. I've worked hard to bring the club to new heights…or should I say depths.

By getting involved with Scubi Jew I came to understand that Judaism is more than prayers, laws, and restrictions; and that other aspects of Judaism could resonate very strongly within me. Once a month we would go down to Key Largo, Florida and volunteer with the Coral Restoration Foundation (CRF), which grows and maintains tens of thousands of corals in offshore nurseries, and then outplants them on degraded coral reefs. Coral reefs are vital to the functioning of the Earth—they support a great diversity of species, provide food and shelter, and form natural barriers that protect nearby shorelines. Many of the world's coral reefs have been destroyed in the last few decades and/or been severely degraded, particularly in the Caribbean. So the opportunity to work with CRF creator Ken Nedimyer and his team—of which I am now a proud member—has been deeply exciting and meaningful.

In fact, the concept of tikkun olam (repair of the world)—or tikkun hayam (repair of the seas) as we like to call it—has taken on a whole new meaning for me. We hear so much about what's wrong, broken, and irreversible on our planet. Everyone seems so overwhelmed and nobody knows how to help. I had thought in a similar way, until I planted a single coral, and then another, and then another. Then I realized: Our planet may be in red-zone conditions, 98% of our coral reef habitats may be in decline, but I will not stand idly by and watch as the remaining 2% degrades. I will help rebuild our coral reefs one fragment at a time.

Nowadays, I have a new synagogue: The Ocean. There I find God, and fulfill the mitzvot necessary to repair the world. I say prayers, but none that you would find in any prayer book. I don't need pre-written words to express how truly thankful I am; while underwater, my constant mental stream of thoughts is my prayer. I'm always talking to someone down there, expressing my wonder at the underwater life, and I know somebody is listening.

Sixteen years of being force-fed Judaism left me empty, but Scubi Jew has shown me another dimension of being Jewish that has kept me from rejecting it all. I have come to love the concepts of tikkun olam, honor of one's parents (who are very proud of me), and respect for all of creation.

I now experience spiritual fulfillment as a Jew—my way.