A Taste of Sunny Greece 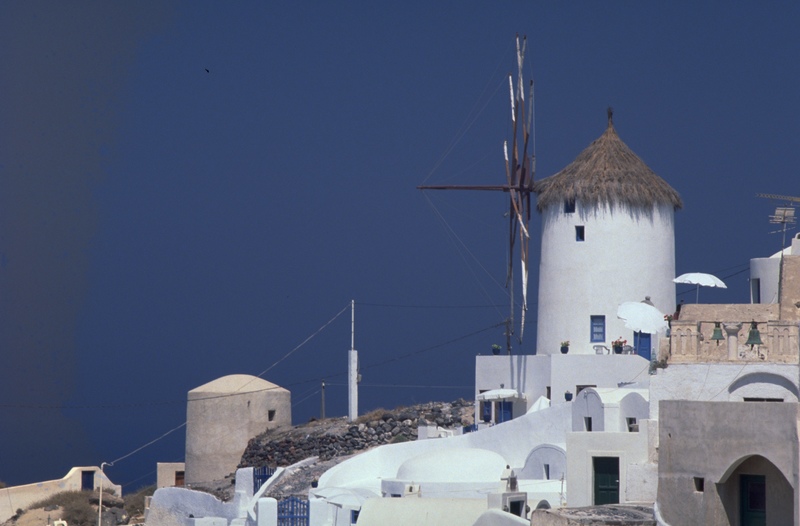 Did you know traditional Jewish cooking follows the 3 R’s? They’re just different than those we learned in grammar school: not reading, writing, and arithmetic, but regulation, ritual, and relocation.

Regulation: The laws of kashrut influenced the foods Jews used. When cooking meats, for example, Jews of the Mediterranean used olive oil instead of lard, the region’s preferred cooking fat; and the Jews of northern Europe substituted goose or chicken fat for butter or lard.

Ritual: Jewish folk traditions and customs often took the form of symbolic foods. Chicken soup, for example, was served at Ashkenazic weddings to wish the bride and groom a prosperous life, as the golden drops of chicken fat on the soup’s surface represented gold coins. Zimsterne, star-shaped honey cookies, were served at Havdalah to take the sweetness of Shabbat into the week as the third star was rising in the western sky.

Relocation: Centuries of persecution and expulsion forced our ancestors to migrate around the globe, exposing them to new foods and cooking techniques. Despite these wanderings, regulations and rituals remained constants, and the result was a creative culinary synthesis.

Although there’s speculation that Jews lived in Greece as early as 500 B.C.E., the first known Greek Jew was the slave “Moschos, son of Moschion the Jew,” who resided in a coastal town near Athens around 275 B.C.E.

In the Common Era, Jewish communities grew and thrived in Greece, as evidenced by the large number of synagogues visited by Paul the Apostle. After the Spanish Expulsion in 1492, the Ottoman Empire declared that Iberian Jews would be welcome. That year Greece was deluged by fleeing Jews; over 20,000 Sephardim settled in Thessaloniki alone. Within two centuries, Thessaloniki (Salonika as it was known in the West) became one of the world’s largest Jewish communities, and over the next five centuries the coastal city boasted the world’s largest group of organized Jewish fishermen, who even had their own synagogue.

Greek Jewry was decimated in the Holocaust. In 1939 more than 70,000 Jews lived throughout the country. By 1945 the total Jewish population had been reduced to approximately 10,000, with hardly any Jews remaining in Thessaloniki. Only the Greek Jewish community on the island of Zakynthos survived intact, because its archbishop intervened.

Today about 5,000 Jews live in Greece. Of the nine active synago­gues, three hold regular services; most are open only for special holidays.

The Jews of Greece sustained a cooking tradition that reflects their unique historical experience. The Romaniot Jews, who lived in Greece as early as the second Roman Empire, and the Sephardic Jews, who came later at the invitation of the Ottoman Empire after the expulsion, brought their love of yogurt, honey, eggplant, garlic, and onions. Using the basic laws of kashrut as a foundation, they adapted these food preferences to Greek food customs. In their honor, here are some wonderful recipes perfect for a hot summer’s evening.