Also known as the Wailing Wall or the Kotel 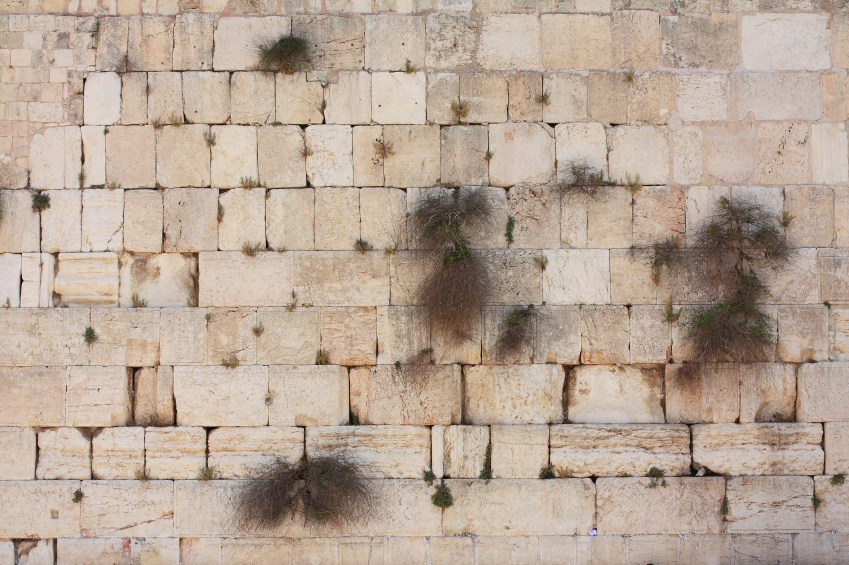 At the heart of Jerusalem's Old City sits the Western Wall or Kotel, as it’s known in Hebrew. For thousands of centuries, Jews have come to pray at the Western Wall, believing that God's spirit loomed large over this place where the great temple once stood. Today, Jews from around the world make the pilgrimage to the Old City and the Kotel in an effort to unite with their God.

The Western Wall was part of the most magnificent building Jerusalem had ever seen. It was one of four walls Herod the Great built to support the 1,555,000-square-foot plaza on which the Temple stood. It was almost 1,500 feet long – the rest can still be seen inside the Western Wall Tunnel. Originally it was some 90 feet high and reached some 60 feet into the ground. It is widely believed that the Western Wall was not technically part of the ancient Temple Mount but merely a small portion of the surrounding wall that was intended to keep King Solomon's temple safe. Despite this technicality, the Western Wall remains the closest point to the holiest room of the temple, the Holy of Holies, a proximity that has given it sacred repute in the hearts and minds of Jews worldwide.

In the Middle Ages, the Wall received another name ­– the Wailing Wall, as Jews were observed here lamenting the Temple's destruction. For 19 years, from 1948 until 1967, when Jerusalem was divided, Jews were separated from the Wall. But then, in the Six Day War, on June 7, 1967, Jerusalem was reunited and Jews once again gained access to their holiest site.

The age-old custom of inserting notes written with wishes and prayers into the crevices of the Wall is one that children and adults both enjoy. As many visitors to the Western Wall have commented, you don't have to be religious to feel the mystical powers of this ancient structure and be deeply moved by it.