What is Reform Judaism? 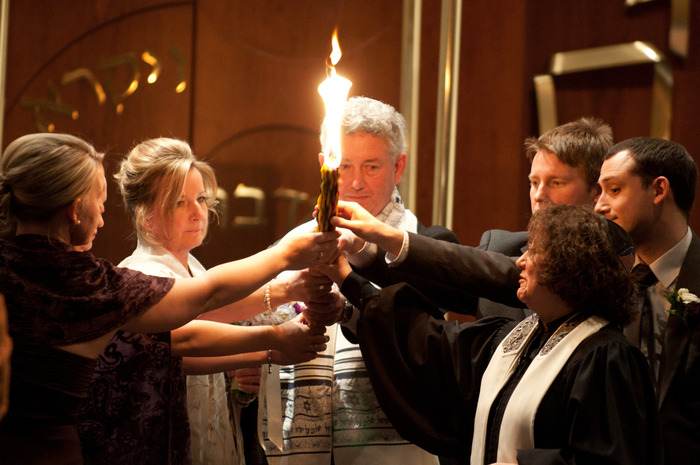 Throughout history, the Jewish people have remained firmly rooted in Jewish tradition – and yet, since its earliest days, Reform Judaism has asserted that a Judaism frozen in time cannot coexist effectively with those who live in modern times.

In this way, Reform Judaism has enabled the Jewish people to introduce innovation while preserving tradition; to embrace diversity while asserting commonality; to affirm beliefs without rejecting those who doubt; and to bring faith to sacred texts without sacrificing critical scholarship.

What do Reform Jews believe?

Reform Judaism affirms the central tenets of Judaism — God, Torah, and Israel — while acknowledging the diversity of Reform Jewish beliefs and practices. We believe that Judaism must change and adapt to the needs of the day to survive, and we see the Torah as a living, God-inspired document that enables us to confront the challenges of our everyday lives.

Indeed, Reform Judaism asks us to renew our living Covenant with God, the people Israel, humankind, and the earth by acknowledging the holiness present throughout creation – in ourselves, in one another, and in the world at large – through practice that includes reflection, study, worship, ritual, and more.

We are committed to the ongoing work of pursuing justice.

Central to Reform Jewish beliefs is the idea that all human beings are created b’tzelem Elohim, in the image of God, and that we are God’s partners in improving the world. Tikkun olam, the repair of our world, is a hallmark of Reform Judaism as we strive to bring about a world of justice, wholeness, and compassion.

Reform Jews strive to make thoughtful choices about how we put our values into action. Organizationally, we are led, in part, by the work of the Religious Action Center of Reform Judaism, a nonprofit advocacy center in Washington, D.C., that educates and mobilizes North American Jewry on legislative and social concerns.

We are committed to inclusion, not exclusion.

We believe that there is more than one authentic way to be Jewish, and we stand for a Judaism that is inclusive and open. Crucially, we recognize that we can become a stronger, more vibrant Jewish community only when we fully welcome and incorporate the diversity of modern Jewish life.

We embrace the concept of “audacious hospitality,” a focused effort to embrace Jewish diversity and reach out to those currently not engaged in Jewish life. This includes but is not limited to: Jews-by-choice and those exploring Judaism; Jews of color; LGBTQ+ Jews; Jews with physical, mental, and/or intellectual disabilities; interfaith and intermarried couples and families; multiracial families; and families with young children – as well as the intersection of many identities.

Looking for a Reform Jewish synagogue near you? Use our locator tool to find the congregation closest to you.