When You Get Stuck in the Fish 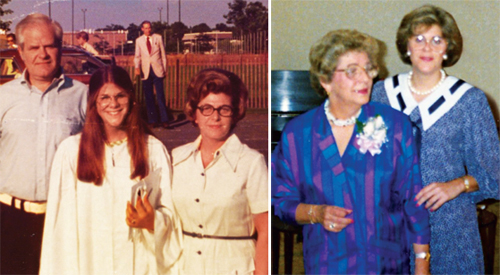 Every Yom Kippur afternoon, we read the story of Jonah, perhaps because Jonah is the story of all of us. He's an ordinary guy. Unlike Abraham, who (we read at Rosh HaShanah, 10 days earlier) is prepared to follow God's commandment to kill his only son Isaac, Jonah disobeys God's order to tell the people of Nineveh they're doomed, and instead boards a ship to Tarshish in an effort to escape from God.

But, no surprise, God is fully aware of Jonah's rebellion and creates a tempest around the ship to keep him in line. Eventually, Jonah's shipmates decide that he is the source of the problem and toss him overboard into the mouth of a conveniently waiting, outsized fish. Jonah spends three days in the fish before being spit out onto dry land, only to face God and be told, once again: Get thee to Nineveh. This time Jonah accepts—presumably because it beat the alternative. He tells the people of Nineveh: "Forty days more and Nineveh shall be overthrown."

But wait, something happens—the people repent, abandon their evil ways, and turn to God. Delighted, God spares them. It's a happy ending all around: Jonah thought he was giving a death sentence, but somehow turned a whole city of retrogrades around to God—and he himself not only survives the ordeal, but is forgiven and redeemed.

Isn't that the story of all of us? Haven't we all had unpleasant and unwanted tasks thrust upon us? And haven't we all made some mistakes that caused us to suffer?

I made one of my life's biggest mistakes right after my Sweet 16 party.

When I grew up in the 1960s and 70s in Longmeadow, Massachusetts, many of the Jewish girls had Sweet 16 events, usually luncheons at one of the local caterers, like Park Manor. My mother, however, suggested an afternoon tea at our house, so that's what we did. I still remember the outfit she bought me, a beautiful blue, red, and yellow plaid wool skirt and matching yellow sweater.

The party was lovely, and much nicer than going out to lunch. It was also a lot more work for my mother, who entertained beautifully and had a wonderful knack for making every guest feel special.

When the last guest left, we started cleaning up, carrying all the plates, cups, and trays from the living room into the kitchen as we shared stories about the food, the guests, the gifts, and the funny things that happened. Then, my mother asked simply, "It was nice, don't you think?" And the ungrateful 16-year-old that was me responded: "My party was OK, but not as nice as the luncheons at Park Manor."

The second the words came out of my mouth I was sorry. Immediately the party afterglow on my mother's face disappeared, replaced with hurt and disappointment. I wanted so much to take the words back, to tell her how wonderful the party was, but of course that couldn't happen; the damage was done. We just stood there for a minute and then she suggested that my father remove me from the premises for a while. The eight-minute car ride to visit my ailing 85-year-old Uncle Jack felt like forever, the air hanging heavy between as us as my father stated how I had disappointed both of them.

What was so bad about being "in the fish"? Apart from the sheer terror of not being able to escape from a confined space, which in my case is accentuated by claustrophobia (just ask the poor folks who once tried to get me in an MRI machine), it is in the fish that the consequences of your wrong actions come to light: anxiety, guilt, depression, obsessive thinking: If only I could have a do-over.

I wallowed in the fish for what seemed like weeks. I apologized, repented, was on my best behavior, whatever that was for a 16-year-old girl. Eventually my mother forgave me. Maybe that's what mothers do, although I suspected she'd secretly put me up for adoption but couldn't get any takers.

Luckily for both of us, I grew up and, as almost every parent wishes, came to appreciate not only the millions of things my mother did and the sacrifices she made for me, but her own very impressive accomplishments. And when I became an adult, we always had great fun together, especially at Loehmanns.

She had gone into the hospital for emergency colon surgery. We feared she might have colon cancer. The pre-op chest x-ray showed a large mass-advanced lung cancer. No one had considered lung cancer. Her surgeon told her about the tumor shortly before wheeling her into the operating room for the colon surgery.

At some point during the day, my father and I left the hospital for a little while and returned with beautiful red roses, as if they could change the situation. I left my father at the hospital, bouquet in hand, and went to park the car. Then I took the elevator to my mother's floor, and when the doors opened there he was, almost hysterical. For a moment I thought my mother must have died. Frantically he said: "Mom's all confused and can't remember she has lung cancer. You have to tell her."

But it was late and no doctor was to be found.

We walked into her room. My little mother, Fanchon, lay exhausted and groggy from the anesthesia, but as always her hair and nails were perfect. She had a nagging feeling she had lung cancer, and needed to know. Why hadn't my father told her? Then I saw him—all 6'4", 220 pounds of him, the man who had always been like Superman to me, crumpled over in a metal chair, wailing. He was incapable of telling the truth to his wife of 49 years.

Where is that ship to Tarshish when you need it? I didn't want this job. I wasn't even qualified for it, but what choice did I have? So I kissed her and said, "Yes, Mom, you have lung cancer. But let's get your colon fixed and we'll worry about the lung cancer later. You want some Jell-o?"

In my mind, the story of the unappreciated Sweet 16 tea party explains why 25 years later, the ungrateful 16-year-old flew from Boston to Boynton Beach to her mother's hospital bed, held her hand, and somehow managed to say "Yes, Mom, you have lung cancer."

The coming-of-age episode opened my eyes to the unconditional love I was lucky enough to have received from my parents. My awakening evolved and deepened over time, enough so that when I was 41, standing in that hospital room with the two people who had supported me through every crisis of my life and were now themselves in an unfathomable crisis, I could summon the power they had bestowed on me to deliver those life-altering words.

When that fails and I find myself in the fish, I try mightily to get out as quickly as possible. There's rarely a map to follow, so the road out can be perilous. In my experience, leaning in the fish at just the right angle in hopes of being spit out doesn't help. So I take action, even though there's no guarantee that the action will succeed. Sometimes I'll apologize. Or empathize. Or acknowledge: I'm an idiot.

Sometimes it works and sometimes it doesn't. Which is why it's better to live my life by staying out of the fish.

I wish you the same: "May God bless you and keep you out of the fish."