What Are the Best Ways to Talk to Our Children and Grandchildren about Israel? 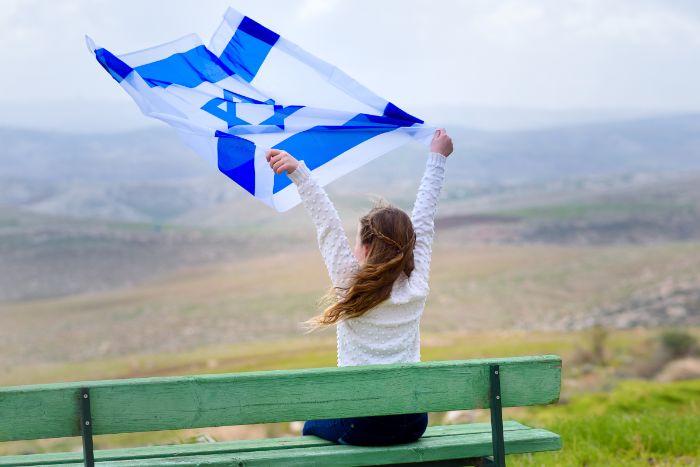 We no longer know how to talk to our children and grandchildren about Israel.

At one time, we did. In the early days of the Jewish State, we were overwhelmed by the miracle of Israel. This was Israel’s heroic period, and we viewed her in transcendental terms—more as a faith than as a place. In our eyes, every Israeli was a soldier-philosopher, a swamp-drainer, or a Zionist dreamer.

But this couldn’t last, of course. Not every Israeli is a hero; in fact, Israelis turn out to be pretty much like the rest of us. More important, with the Jewish State firmly established, the tasks of her citizenry have shifted from state building to state maintenance—a very difficult and far less glamorous task.

American Jews have made the adjustment, up to a point. They can now look upon Israel lovingly but realistically and not expect Israel to be some kind of Jewish Disneyland. They can understand that unconditional love is not uncritical love. They can care deeply about Israel while seeing her for what she is: A country of people at war with her neighbors, and unsure, after millennia of dependence on others, of how to conduct her own affairs.

Still, there are many very difficult and complicated educational challenges that remain. Perhaps the most obvious example is the question of the territories occupied by Israel in 1967. On the one hand, Israel is a small, vulnerable country surrounded by enemies, many of whom are dedicated to her destruction. At the same time, Israel has occupied the West Bank, populated by 2.5 million Palestinians, since 1967. This occupation came about because of Arab threats to exterminate the Jewish State, threats that are still heard today.

Among Israeli political leaders, there are significant differences about what should be done to hasten the end of the occupation. Some Israeli politicians say that Israel is doing all that she can in view of Arab and Palestinian rejection of Israel’s right to exist. Other Israeli leaders say that Israel should be doing more to limit Jewish settlement in the territories and to encourage moderation in Palestinian ranks; in this view, peace may not be possible now but Israel could be doing a better job of keeping options for peace open. And precisely because we North American Jews are so involved with Israel, there is no way that Israel could be engaged in this heated debate without Jews here taking sides. And we have taken sides. Differences on these issues, and other issues, exist in every synagogue and in most Jewish families.

The problem becomes: How do we deal with such difficult matters when talking to our children and grandchildren? How do we respond to the media coverage of Israel, some of which is accurate but much of which is outrageously slanted and distorted? How do we deal with our own confusions about Israel when trying to talk to our kids? The following are four principles to consider, recognizing that adjustments will be made depending upon the age of the child:

Principle #1: Tell your kids that we Jews are a family and that the Jews of Israel are a big and important part of that family.

The idea of family is the starting point for talking about Israel. We must avoid the temptation to spend too much time on current affairs and the morning’s headline. A child of five or six cannot understand issues of war and peace or borders and human rights. And as children grow older, all that we teach them about Israel must be built on a foundation of connection, attachment, caring, and love, which are best presented as aspects of our Jewish family ties.

And why are Jews a family? Because we have the same ancestors, of course. And because we celebrate the same holidays, observe the same rituals, have many of the same values, study the same books, and share the same history. Our kids and grandkids should have a sense of this, of course, from the lives that we live at home and from the synagogues where we spend time with other Jews. There are plenty of differences among Jews, to be sure, but there are many, many things that tie us together and create connections that we may not have with other people.

Principle #2: Tell your kids that Israel is a very special place because it is the only Jewish country in the world.

Israel is a Jewish country because most of the people who live there – more than 3 out of 4 – are Jewish. As a Jewish country, Israel is different from any other country. It is the one place where the national holidays are Jewish holidays, where Hebrew – the language of the Jewish people – is the language of everyday, where the national anthem is Jewish, and where a Jewish army not only protects the citizens of Israel but is concerned about the safety of Jews everywhere.

As the world’s only Jewish country, Israel is a place where any Jew can go at any time, no questions asked. When Russian Jews and Ethiopian Jews were oppressed in their homelands and needed a place where they could be safe and openly Jewish, Israel was the country that let them in and embraced them.

It is certainly true that Judaism can be practiced anywhere, and that North American Jews have created a vibrant Jewish life that is in no way inferior to the Judaism of Israel. Nonetheless, Israel offers a kind of Jewish experience that is not available elsewhere, and if Judaism is to thrive, both communities must constantly learn from each other.

Principle #3: Tell your children again and again that Israel is a vibrant democracy in a desert of dictatorships.

By stressing Israel’s democratic character, we are emphasizing those shared values that are the basis of the alliance between Israel and the United States and Canada. We are also teaching them that Israel is a country capable of orderly change, and that we need not always agree with the policies of her government, just as Democrats and Republicans need not agree on their policies. We can be certain that those policies will be subject to the intense debate characteristic of all democracies, and that, in time, they will give way to new policies fashioned by new leaders.

Principle #4: Always tell the truth when talking to your children about Israel.

This is painfully obvious, yet there is often pressure not to tell the truth about Israel. I know many people who simply can never admit that Israel is wrong.

I understand this. Israel is a tiny country still not secure about her future or very existence. Who would not be reluctant to criticize, lest our criticisms be misused or misunderstood?

Still, my experience is that our children will forgive us most things, but they will not forgive us if we lose our objectivity or fail to tell the truth. And the subject of Israel is no exception to this rule.

But we have no reason at all to fear the truth as long we are telling the whole story. Because the story is heroic and inspiring. It is the story of a country where so many have chosen, in large ways and small, to preserve those ideals of social justice, Jewish unity, and universal values that were the dreams of Israel’s founders. It is a story that cannot help but make us proud. And if Israel is not all that we would like her to be, then we will struggle with her, argue with her, and love her all the more, working as partners to assure the Jewish future.

This is the story that we must tell our children and grandchildren, and if we do, they will understand Israel’s importance to them and to Jews everywhere.

Want to learn and read more about Reform Judaism and Israel? Subscribe to Israel Connections, our Wednesday email (part of the Ten Minutes of Torah series). 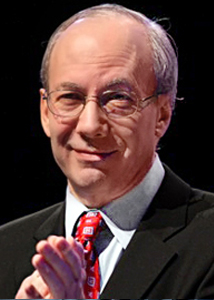